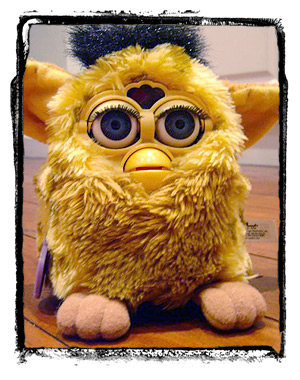 I wish someone could adequately explain to me why “home prices continuing to fall” is a bad thing?

I must be missing something — it’s something mentioned in every single article about the economy.

I’d say with confidence that a great deal of the population is not in the market of buying and selling homes on a regular basis — so, really, what does the value of your home matter for, well, this HUGE slice of the population?

Nothing as far as I can tell. It’s just an asset on paper — it’s not like it “feeds” the economy.

For that first group, the buyers, the decreasing value of homes is a godsend. I mean, homes are on sale. Not for sale, but on sale.

If the trend continues, they may even fall to the clearance rack.

That is good news for buyers. While I wouldn’t complain for a second about the price that I paid for my house in 2002, I certainly wouldn’t have minded if it had been, well, in the bargain bin.

For the sellers out there, well, it’s not such a great time. If they purchased their home within the past 2-3 years, well, chances are, they can’t get what they paid for it. That sucks.

But guess what? For nearly everything I’ve bought in my life, if I were to sell it now, I’d take a loss. That’s the way things go…

I once paid too much for a Furby one Christmas. Don’t laugh. Sure, it’s a smaller scale, but percentage wise, I overpaid by well over 400%. Maybe even 500%.

Yeah, I might get ripped off by a couple hundred percent on a must-have toy during the holidays, but I’m pretty sure that none of the homebuyers in the recent past have been “had” for that kind of percentage.

In the end, I’m not going to get my money back. As much joy as that robotic cat-bird thing brings me on the rare occasion that I wake it up (maybe once per year), it will never be worth what I paid for it. On eBay, Furbies just like mine sell for less than $10.

But you know what? I got over it.

My advice to those insistent on selling now is: just wait it out. Don’t move for the sake of moving — it’s as if it became trendy to move every few years and those are the people that are up in arms right now. Yeah, you made a bad move.

But now, change your ways. Stay put. It’s not worth loosing your shirt. Yeah, you paid too much and that’s too bad. Luckily, in time, your home will most definitely increase in value.

Now, I know some people out there are going to say that they’ve purchased a home for X amount of money and now it’s not worth anywhere near that — but they’re still saddled with a corresponding mortgage bill to the X price tag.

What about those people?

To them, I’d ask, “Who decided to purchase the house at X price? Who was it?”

Those people chose to purchase those homes. They signed the dotted line. Somewhere in the process, they must have thought, “Yeah, that’s a fair price. Let’s buy it.”

And they did. And who’s fault is that?