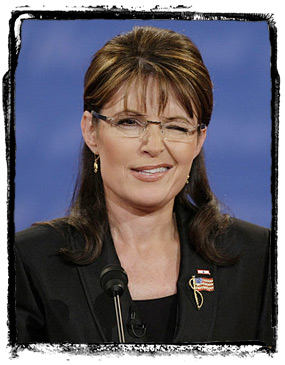 While I can’t say that I supported the Republican ticket this time around, I find it quite ridiculous that one of the top post-election stories is centering around Sarah Palin’s wardrobe expenses.

Still? What, is Joan Rivers a newsroom director now? This is such a non-story, I can’t even believe I’m posting about it…

True, shopping sprees with widely publicized receipts of $75,062 and $49,425 are something that most Americans can’t really come to grips with.

I used to dream about winning those 60-second Toys-R-Us shopping sprees they used to advertise each year. Remember those? Man, that would have been sweet to win one of those…

But did you ever read the fine print? They always excluded Lego, Barbie, G.I. Joe, electronics, and anything in the ever-popular bike aisle… Pretty much everything anyone would want was off-limits.

Um, what was left to stuff into your cart? Board games? Yeah, no thanks…

Combined, the balance on my mortgage is less than her apparent tab. Sure, that’s something to be upset about. Maybe that’s why it’s a headline?

But the part that stands out most for me is that Sarah Palin is being attacked not for spending so much but for how much over budget she went.

A McCain aide named Nicolle Wallace mentioned that Palin’s instructions were to go out and find six suits to wear during the final weeks of the campaign. Sounds reasonable.

Actually, considering how many stops she was making per day, it almost doesn’t sound like enough.

That’s how the McCain camp has justified their, in my opinion, unfair lashing of Sarah Palin?

Um, okay, so she went a little crazy with the company credit card — I’ll give them that — but if you want to connect with voters, or even your base, you might not to mention what the actual budget was…

I don’t care where you shop — that’s a lot of money.

The most overpriced store I can think of in my area is Nordstrom (who would pay $245 for a tie?!) and I’m pretty certain that I’d have a hard time ringing up a bill that high.

I mean, I’m certain her shoes cost 300% more than mine, but still… There are just some things that the campaign shouldn’t publicize…