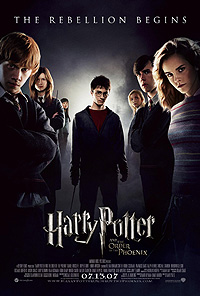 In an effort to figure out where my “missing” money is going I went over last month’s credit card statements to try and see if I’ve been charging more than I’m aware of.

According to my records, last month, I sent $2021.65 to the credit card companies. That number is a lot higher than I expected, actually, so I feel pretty good about that.

But that large payment only brought my total balance down by $944.41. That’s disappointing.

The top two expenses, the Auto Insurance Deductible and Dentist that total $600, are both one shot deals, not something that will come up month after month. Just omitting that from the total and it all makes sense. If I’d had to guess how much I spent per month on the credit card, I think I’d have said around $500.

Going line by line from there, the Storage Unit *has* to go — that’s a wasted $140/month. My wife and I have made it a goal this month to spend a weekend or two clearing it out. We’d originally taken it out as a temporary storage place to replace our attic storage while we were having the roof done back in December. Well, it’s August now.

There isn’t really anything I can do about the Gasoline, but that is about $30 higher than normal. I think it’s because I burned an entire tank of gas re-acquainting myself with the car after it came back from the Auto Body. Hey, it’d been over 60 days since I’d driven it…

Finance Charges…well, at least they’re dropping. Again, not much I can do about that except continue to pay down the debt.

I also can’t eliminate the Personal Business Expenses. They’re usually hosting and licensing fees due each month. The $54.14 last month is actually on the low end; at times it swells to over $300 in a month. But that’s the price of doing business and though it can get expensive, I’ve always run a profit.

The additional $20.76 of Business Expenses was for my day job. I had a project I was working on and the company didn’t have the supplies needed on hand so I had to go out and purchase them myself. An expense reimbursement form has been submitted, so now I’m just waiting for the check.

The $42.39 expense at Target was for one of those hair cutter clipper sets. My wife gave me a “home hair cut” last weekend and it turned out alright. One more haircut, and they will have paid for themselves! Woo-hoo!

And the last line is the $15.50 I spent to go see the Harry Potter movie with my wife. That requires no explanation.