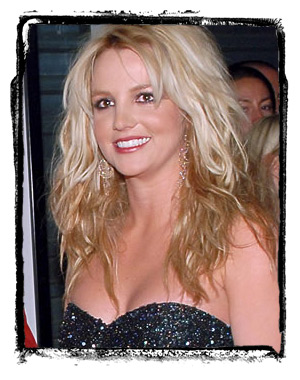 From an AP story last week that puts things in perspective:

The pop princess is a big spender.

Court papers released Thursday in Britney Spears’ custody dispute with Kevin Federline show she spends lavishly on clothes and entertainment and doesn’t save or invest any of her roughly $737,000 monthly income. Spears’ monthly expenses include $49,267 in mortgage for two houses, $16,000 for clothes and $102,000 on entertainment, gifts and vacation, her financial declaration shows.

Although she’s often photographed eating fast food, Spears declares she spends about $4,758 per month dining out. Meanwhile, she spends zero on education, savings and investments and gives $500 a month in charitable contributions, the documents said.

As for Federline, his biggest monthly expenses include $7,500 in rent and $6,000 in security, his financial declaration shows.

The dancer-turned-rapper has a comparably modest monthly budget for clothes – just $2,000. He also spends about $5,000 on entertainment, gifts and vacation, and $1,500 eating out.

Federline, earned more than a half-million dollars in 2006, mainly from entertainment and endorsement deals but grossed only $7,436 that year. He receives $15,000 a month in child support.

It blows my mind that someone from such humble beginings, and someone who didn’t exactly “fall” into the money suddenly, is so careless with their wealth…

Seriously, you have to wonder who her agent is, or was, to not advise her to put a little aside for when her career comes crashing down. I mean, she must have nearly 16 years left of those child support payments — a cool $2.8 million.

Her $4758 per month dining out budget sounds really high, but if you divide that out, it works out to around $52 per meal. Yeah, that’s a lot, but even I’ve had a more expensive meal than that from time to time. For a “star” with an income that high, I don’t think that number is real out of line or even irresponsible.

The clothing budget doesn’t seem too crazy either. Okay, yeah, for me, my yearly clothing budget is likely under $500, but I’m in a position where I can get away with wearing the same pair of pants 3 days per week. That, and my pants aren’t custom made to fit my butt. I’d imagine that’s not cheap.

I also wasn’t too keen on how they threw in the “gives $500 a month in charitable contributions” line in there like it’s a bad thing.

I never like it when people are made to feel guilty for not giving to charity. Or giving a small amount, To each his own. But I would guess that $500/month is a lot more than your typical American. I’m not going to fault her for that.

But c’mon Britney… You have to invest something?!

(And in some ways, you need to give K-Fed some credit. He could live lavishly for the rest of his life on the child support checks alone…)