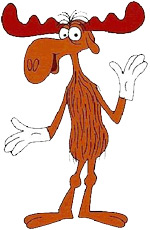 Yeah, it’s a little early for this, but I’m gonna do it anyway.

First and foremost, my goal for 2008 is to eliminate all credit card debt. This should be completed sometime during the summer of 2008. Done. Finis. Finished.

I’ll still use the cards, I just won’t carry a balance.

Next goal will be to eliminate PMI insurance from my mortgage. This has been costing me an additional $85/month for the past five years. When rolled into the mortgage, it doesn’t seem like that much, but when you do the math, that’s $1020 per year, or another $5100, that could have gone towards the principle.

To meet this goal, I’ll need to knock around $6000 from my mortgage balance.

Combined, that’s a $4100 drop in the principle over the entire year just on its own.

I’ll need to step up an additional $1900, or around $160 per month to meet the goal. Considering it was just last week that I contemplated throwing an additional $250 per week towards the mortgage — this goal should be a sure thing.

The last goal isn’t really a financial one…

I’m going on vacation this year. My wife and I haven’t gone on a vacation since 2004 and that one was a rather miserable camping-in-the-rain experience — though we did see a bull moose up close. That’s much too long to go without a vacation. We should probably start planning it now!

I’m sure I’ll add to it before month’s end, but for now, this works.

MBAs are Overrated (and kinda stupid too…)