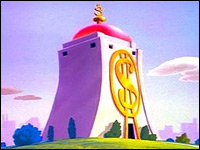 In another month or so, if all goes as planned, I’ll be out of credit card debt 100% for the first time in over a decade.

At the time, I was carrying around $l7k in credit card debt (down from $26k two years earlier) and I had just taken out a $12k loan from Bank of America (that turned out to be a credit card too) to have the roof of my house done.

Coming that close to $30k scared the crap out of me. I had worked so hard to get it down to $17k… only to be deeper than I’d ever been after one signature. That’s when I got serious about dropping the debt fast.

I started transferring balances — seriously this time — to take advantage of lower teaser rates and stopped using all but one of the cards. It wasn’t until November of 2007 that I started a snowball plan.

This time my plan worked. I don’t know how we paid off so much. I don’t where the money came from. I mean, I keep track of every penny using MS Money, but the thought of paying over $20k and receiving nothing in return is hard to fathom.

But somehow, we came up with it, and sent it all to the fine folks at MasterCard and Visa.

Right now, this morning, my credit card balance stands at $5226.53. At my current pace, that number will be zero at the end of February. Maybe the first week of March… Depends on what we do with our tax refund.

I know I still have the outstanding car loan. I hate it when people call something “good debt”. My car loan is at a 5.35% interest rate. I’m around 5 months ahead on it and the payments are within reason. Basically, it’s a tolerable monthly bill or, ahem, “good debt”.

That said, I’ll likely go another 3-4 months like I have been and wipe that debt out too.

In anticipation of this looming achievement, I’ve already increased my 401k contributions to get the maximum employer match, I’ve accelerated my mortgage payments, which I know some people don’t think is a good idea, but it’s mainly to eliminate the (overpriced) PMI I’m paying each month, and I’ve already got a plan in the back of my head to start putting more in savings.

So with all of that already on the go, when I get out of debt and if (a big IF) all of that proposed “extra” money materializes, over the next few years I want to:

Best of all, I want to be able to pay for all of these things without carrying a balance. It just *might* be possible.