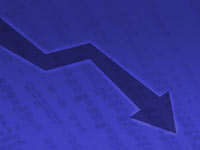 This morning at work I walked into a heated conversation between two co-workers about how “things” are going up, but no one is getting paid more.

I kept quiet, wisely, as I passed through, but the gears in my head were turning.

True, no one at my place of employment is getting paid more. Okay, maybe a few are, I’m not exactly privy to that type of info, but by and large, most of us are making the same amount we made last year, and probably the year before that too.

They were comparing their electric bills, insurance bills, oil bills… that sort of thing. At first, I almost jumped into the fray — it’s exciting to hear people discussing the taboo subject of their finances out in the open.

I got back to my desk and started to brainstorm this entry.

Now I know everyone’s situation is different, but that fact is, things really haven’t gone up?!

Last year, my total electric bill was lower than it was the year before. My natural gas bill was lower. My insurance premiums were lower (even with an accident). My phone bill was lower. My cable bill, well, that one went up. But you know what? It only went up $48. That’s $4 a month. Hardly a sum to cause hardship.

Gasoline, okay, last year it was costing me around $21 to $23 dollars to fill my tank. This year, it’s been around $33 for each full tank. People can complain all they like about gas prices, but really, is $10 more a few times a month really enough to break the bank?

I guess my viewpoint is that things really aren’t as bad as the lead story on every newscast makes it out to be. For the average Joe, a 600-point swing in the markets or a 75 point rate cut is totally meaningless.

And really, in the grand scheme of things, most of us are just that — average Joes.