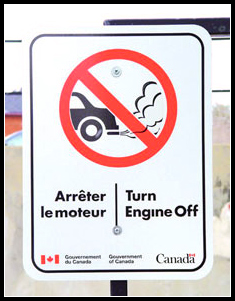 Well, first off, I’m not *really* broke, but I am low enough to have received a “Low Balance Threshold” email from Bank of America this morning.

Anytime one of those comes through, well, I feel broke.

The tough part is that when you’re used to making payments on this or that pretty much every single day and you find yourself in a situation where you need to spin your wheels for over a week, well, it’s frustrating.

Steady horizontal lines across the board.

None of the balances are moving.

The three paycheck month back in January really screwed me up a bit as I’m sure it has a lot of people who are on the same pay schedule that I’m on.

In the past, three paycheck months haven’t really made a huge difference in my monthly finances, but lately it seems I’ve fallen into a pattern where the first check goes towards the mortgage and utility bills and the second check goes towards debt repayment and any additional bills. It’s been working out pretty well.

But now things have aligned themselves where the first check of the month comes nearly two weeks in while the second check comes right at the end.

In conjunction with the various due dates, it’s thrown all of my semi-routine payments out of whack in a hurry — which is why I find myself “broke” today.

Crazy what one month of inconvenient pay dates can do…

So what am I doing in the meantime? Well, as I’m sure you guessed, I’ll tell you…

Send this here, transfer that there, set-up a payment for then, cancel this payment, decrease that payment…

See, I just used February’s second check to pay the mortgage — totally out of my rythm — and now I’m holding steady on a few bills until the next check comes in next Thursday. By then, I’m sure there will be a couple more bills waiting to go out as well.

Having used the last check to pay the mortgage, I was originally hoping to use the next paycheck entirely for debt repayment and essentially eliminate the last of my credit card debt, but the way things are lining up now, I’ll likely have to delay that for another two weeks.

Now there’s something I didn’t miss…

Thankfully, I know it’s only short term before the calendar is working in my favor again (looks like April and May shape up nicely) and I’m back on schedule.