Now, not only did we take in the Strolling of the Heifers this weekend, we also took in the car show that was postponed due to weather last weekend.

Returning from Vermont, we happened across a car accident on I-91. At first, I was a little annoyed at the back-up. As we came closer to the “scene”, it became apparent that only one lane was getting through — it was a pretty serious accident. 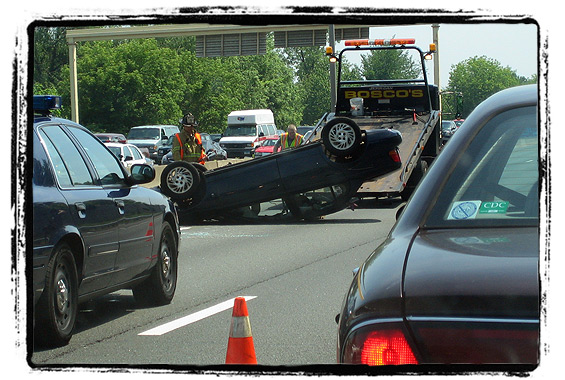 The good news is that I don’t think anyone was seriously hurt — I base this on the rather jovial mood of the officers and firemen on the scene. Either way, I’m pretty sure the driver wasn’t off to a great weekend like we were.

We made a quick stop at home to freshen up and then off we went to the car show!

It wasn’t all that I’d hoped, but there were a lot of cars, a nice assortment of people (far different from the Vermont crowd), some great smelling food, and some live entertainment.

Unfortunately at this point, the temperature had soared into the mid 90’s, so it wasn’t real comfortable.

As expected, there were lots and lots of Ford and Chevy muscle cars from the 1970’s. Those don’t interest me at all. Unless it’s painted up like the General Lee from the Dukes of Hazzard, I can’t say I’m awestruck.

Sizing up the crowd at this type of event is always fun too. I mean, maybe I’m an arrogant snob for saying this, but anyone that oogles a mid 90’s Ford Mustang convertible while surrounded by real classic cars obviously has no taste.

Not that the Velcro sneakers, sleeveless monster truck t-shirt, black jeans, and chain wallet didn’t give that away anyway…

But they are fun to look at. I’m sure they look at me with the same type of slant, “Look at that dork drooling over that Jaguar from the 30’s… My Dodge hemi could smoke that thing on the track…”

For me, style outweighs speed every day of the week.

Just a few weeks ago, a kid driving a VW Golf pulled up next to us at a stop light and pointed out that his pimped out Golf could ‘beat’ our BMW.

Yeah, that’s nice. But you’re still driving a Volkswagon with primer gray fenders. Sorry, in the words of Shania Twain, that don’t impress me much.

Anyway, as promised last month, here are a few shots of my favorites from the car show — and notice, a few of them are even American cars! 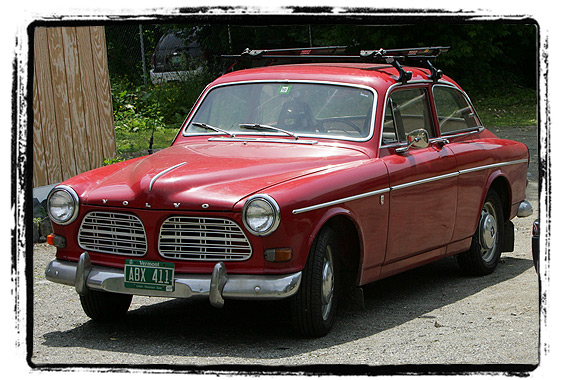 A really cool looking Volvo from the 1970’s, I think. It looks more like it might actually be from the 1960’s, but I have a hard time believing that Volvo’s would have been available in North America that far back. This was my favorite. 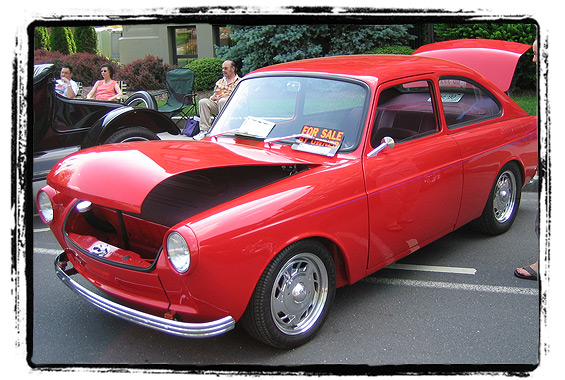 I’ll always have a soft spot for Volkswagon, regardless of what I said earlier about the Golf. Of their classics, I like the Notchback best, but you never see those. This is a Fastback from the late 1960’s or early 1970’s. 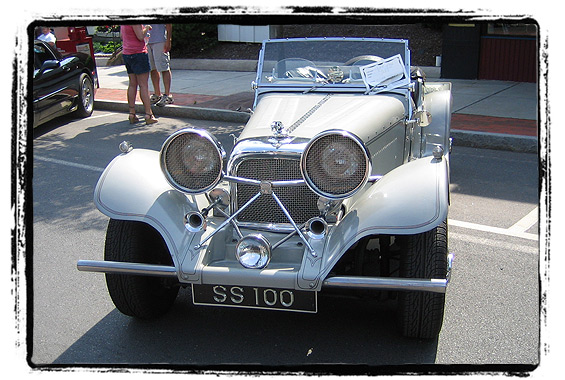 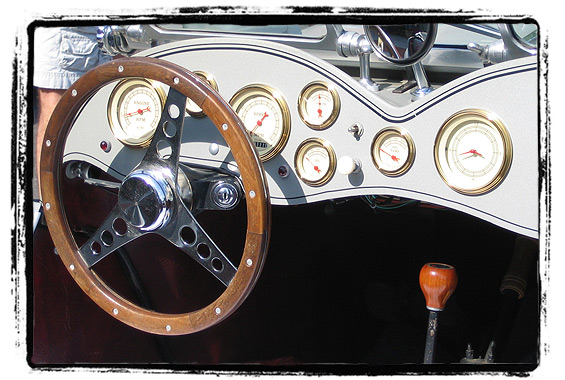 This 1930-something Jaguar was probably the most expensive car in the entire show. It was stunning.

Sadly, in this blue collar area, it was paid very little attention. I mean, it doesn’t have 24-inch rims or an aftermarket blower poking through the hood so, really, why bother?   Sigh… 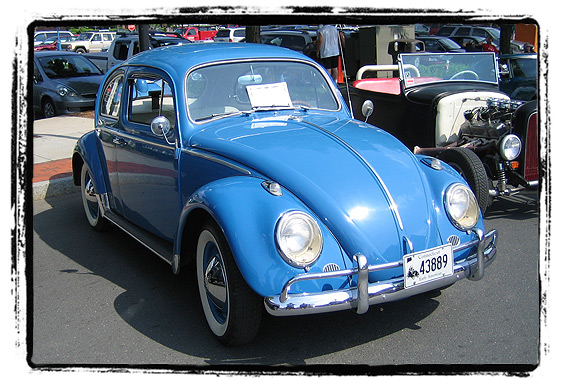 A VW Beetle in great shape. 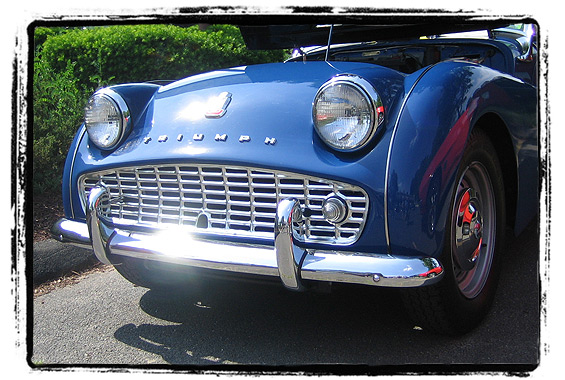 This poor 1960’s Triumph was surrounded on both sides by cars from the 1980’s. Guys sporting moustaches and mullets were oogling a Pontiac Firebird Trans Am with a t-top next to it. Sure, it had the bird painted on the hood, but still, compared to the Triumph, it was a total piece of crap.

One of my wife’s uncle’s actually has one of these — a red one. I’m not sure I’d ever seen one before seeing his, but after getting a close up view of one that I was comfortable actually touching, well, I hope that someday 30 years down the road, my BMW Z3 can compare. 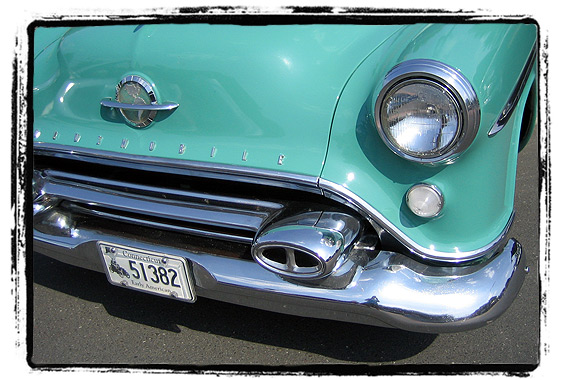 It’s amazing how a company like Oldsmobile could have made such great looking cars in the past only to be phased out. What were they thinking with the Bravada, Alero, and Silhouette? One look at their last few models, and it’s no wonder GM shut down production… 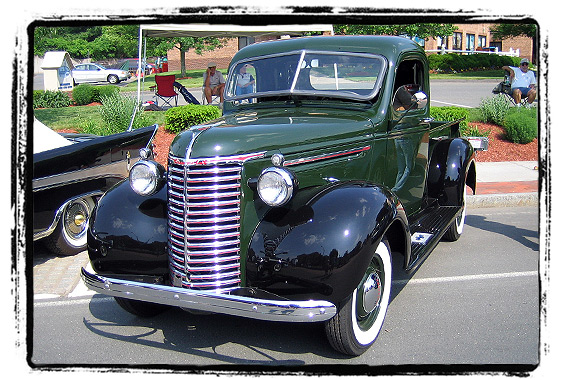 I’m not sure what this is. I’m not a gear head, but it looks like a Chevy to me. If I were ever to be caught driving a pick-up, it would have to look like this one. 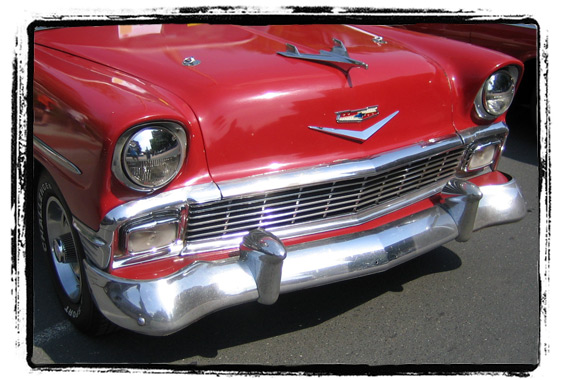 I wonder if you can still get a hood ornament like that on a Cadillac. Really, I think that might look nice on the Escalade.