CLOSE
Home Computers My Review of the Garmin Nuvi 260 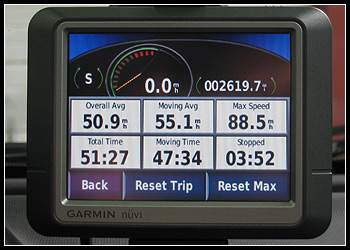 While I can’t really compare it to other GPS devices since I’ve never had a different one, I do have a few things to say about the Garmin Nuvi 260.

On our recent vacation, we traversed over 2600 miles with the unit “plugged in” and it got us everywhere we wanted to go.

We didn’t even need to look at our old Rand McNally atlas that we brought along, you know, just in case…

The first problem I found with it was in downtown Chicago. While we were on the city streets, it worked just fine. But on the interstates that are 12 lanes wide with jersey barriers dividing it up every 4 lanes or so and city streets running parallel on each side of the highway, well, the Garmin was obviously unsure of which road we were actually on.

Understandable I suppose, it only appears to be accurate to within a few hundred feet and when there are 3 or more road ways all on top of one another within that accuracy zone, well, of course it was going to have some difficulty.

The good news is that even though we missed the turn it asked us to take (which would have been impossible due to the previously mentioned jersey barrier), the Garmin 260 was still able to guide us to our destination after “recalculating” a few times.

The next small issue I had with the unit came in Toronto — a city I’m semi-familiar with driving in. Like most modern cities, the whole downtown area is set-up in a grid style. My destination was north of the city on Yonge Street (a N-S route). At the time, I was on Dundas Street (an E-W route) about 5 blocks east of Yonge Street.

The simple way to get there would have been to to drive west on Dundas until I hit Yonge, turn right (towards the north) and then hit my destination.

I immediately understood what it was doing, connecting our current position and our destination in a straight line and choosing the closest route.

Have you ever tried turning left in the city? On a main road? Where trolleys still run on rails? With tons of pedestrian traffic? And in a country where you need to give pedestrians the right of way?

It’s something that’s best to avoid.

I didn’t obey the Garmin in this case, mostly because I knew where I was going, but had this been in another city, one I’m unfamiliar with, it would have been quite the stressful drive when it didn’t really need to be.

The last little glitch with the Garmin occurred as we were heading home. We crossed the border in Buffalo, New York where the QEW becomes I-90 or the New York State Thruway. I-90 then eventually turns into the Mass Pike which leads right to Boston — which points us towards Connecticut.

We made a quick side trip to Eden, New York — maybe 10 minutes southwest of Buffalo and I-90 — to visit a kazoo factory. The Garmin 260 worked perfectly. Unfortunately the factory was closed. Boo…

Afterwards, we punched in our home address as our next destination and the Garmin took us through mile after mile of desolate farmland on slow two lane roads.

It was slow going and we were a little low on gas — not an ideal situation. I’d say it added nearly an additional 2 hours to our drive when, technically, the Garmin should have just told us to go back the way we’d come and join up with I-90 for some travel at 70+ mph.

On the bright side, taking the scenic route put us up close and personal to one of the wind farms that have started dotting the upstate New York landscape over the past decade. They’re a pretty neat sight. 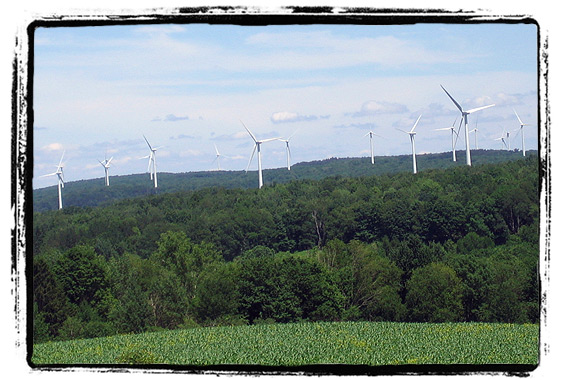 In the end, I’d give the Garmin Nuvi 260 a big thumbs up. Its limitations, while annoying, are totally within reason. Best of all, it never failed to get us where we were headed.