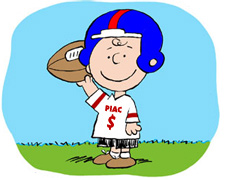 Sometimes I find myself going into a sort of “kill mode” when it comes to debt.

You know, when you stray from the steady payment plan and just recklessly throw every last penny at one specific balance…

Know what I’m talking about?

For me, that happens every time a balance falls below $4k. And when that happens, well, it’s game time.

I have quite a bit of experience at this sort of thing. Not something to be proud of, really… I mean, who wants to brag about having carried many, many, many $4k+ balances in recent years? (Me.)

But the one thing that it has is exposed is a debt repayment pattern of mine:

But the last few months have been sort of ho-hum for me on the debt re-payment front. Things are moving, yes, but they’re not very exciting…

I thought I was making great strides in the past few weeks in my quest to eliminate PMI by knocking off an extra $6000 off of my mortgage balance over the year, only to find out that I need to knock off another $2500. And even that might not do it. Not happy about it.

But in the meantime, my auto loan balance has snuck through the $4k’s and now sits with a balance of $3986.

You know what that means?

Time for the red zone offense to take the field.

Yep, two months or less until Toyota mails me the title.

This is my red zone.

(Yeah, yeah… I know this is the wrong time of year to make football references… Go Bears!)

A Quick Google Saved Me an Extra 10% on Sneakers