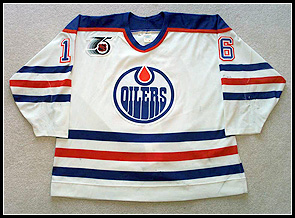 Last year I mentioned that I had a hobby — an expensive hobby.

I sure some, actually MOST, are saying, “What? There’s a market for such a thing?” Amazingly, yes. And they’re expensive. Really expensive.

Back then I said that I’d spent well in excess of $75k on this hobby over the years. And though I never mentioned it, it was also about that time that I put a soft cap on my spending to try to curb the excessive amount of money I was throwing into it.

The limit was two hundred dollars per month. Hardly frugal, but most often times not enough to purchase anything that would interest me.

For a few months I went well over that spending limit, but I was always telling myself in the back of my head that $200 was the limit. Try not to go over $200. You can’t afford it.

It didn’t take long for me to start making deals with myself. Well, I’ll spend $350 now and then next month I won’t buy anything.

Of course, that didn’t work at all.

Something would peak my interest on eBay or in a memorabilia auction, often times less than a week later, and I’d plunk down another $750 for some dirty and torn polyester.

Still, it was progress. I was, in fact, spending less using this wishy-washy method.

Then as I saw my debts falling (and the credit card balances evaporate), I started to think, “Wow, in a few months, when I reach my goal and I’m totally debt free, I’ll be able to blow like $2k per month on hockey jerseys!”

That was in May.

May was also the last time that I purchased a jersey.

This is the first time since the summer of 1997 that I’ve gone an entire month (let alone TWO!) without acquiring anything.

Now, this shirt-less streak originally started because I was reminding myself of the reward (the $2k budget) at the end of the tunnel. That kept me from reaching for my wallet (and keeping tabs on what was on the market).

But now, since it’s been so long since I’ve been active in the buy/sell/trade world of the hobby, I’m finding that I don’t really miss it all that much.

That isn’t to say that I’m abandoning my collection or that I won’t still actively pursue certain jerseys that I’d like to acquire, but I’m no longer salivating over a sweet $2k/month budget either.

For my future finances, that’s a good thing.

And you know what? It’s a good thing for my collection too.

Have You Reached Your Savings Threshold?