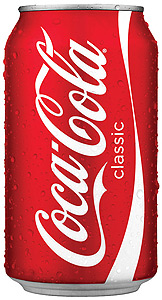 Any soda drinkers out there? How about beer drinkers? Did you ever sit down and think about what a great “cash-back” offer these beverages have attached to them? I guess it depends on which State you live in…

I’m not a beer drinker, so I’m going to use soda in my example. Each week, when we go grocery shopping we pick up at least two 12-packs of soda.

Often times they’re on sale $2.99 each. On super special, you can even find them where they’re 4 for $10. And if you’re really lucky, it’s not unheard of for the grocery stores to offer 5 for $10 deal.

Worst case, at full price, a 12-pack of Coca-Cola runs $4.99. We won’t usually buy it at that price, but I’ll include that in my calculations because there’s always someone out there looking to play devil’s advocate…

Thirty-one cents per can.

Keep that in mind the next time you slip a nice crisp dollar bill into a vending machine.

Though the math and percentages don’t change, rather than using such small scale examples, I’m going to go back to my example from this past weekend. We returned 908 cans on Sunday morning.

At a cost of 31-cents per can, the original purchase price for all of that soda would have been $281.48.

Can your credit card beat that?

So be sure to return those cans and reclaim your deposit — it’s a great and rather unheralded deal.