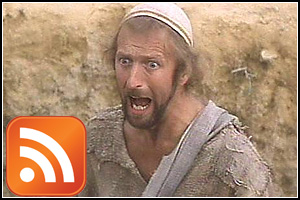 Last month, Sean from Financial Ramblings ranked the busiest, the longest lasting, and the most popular PF-Blogs in his reader.

While that might not be a real credible sampling, it’s still a pretty impressive list that must’ve taken a long time to put together — but for dorks like me that love charts and numbers, it held my interest a lot longer than most entries about blogging do. This entry included.

On his chart of the busiest PF-Blogs, PIAC came in 26th place out of 150 with 36 posts for the month. That was pleasantly surprising.

One popular blog on there has multiple posts per day… everyday. I used to read it, but then I began to realize that it was a repetitive, I dunno, “how many job interviews can I go to without actually ever getting a job” fest.

If it wasn’t a about a half-hearted job search, it was just talk about a new crush, what she’s having for dinner, or what overpriced outfit she planned on wearing Friday night or something. Yawn.

On the other hand, there are some sites that post maybe once or twice a week that are just great reads every single time. They ranked really low on the busy chart. Often times, quality outweighs quantity.

The next chart Sean put together was a longevity chart. PIAC started back in April 2007 which ranked 69th. Not old, but not new either.

But it was this chart, combined with the popularity chart that really tweaked my interest.

On the popularity listing, my Feedburner count wasn’t even listed. Not sure why, but it doesn’t really matter — I would have fallen at the back of the list. Way at the back.

Post frequency aside, among other sites that are the about the same age, my number of readers is very, very low — usually between 50 and 60 readers. It’s been stagnant for, well, pretty much all of 2008 while my traffic has continued to grow and grow with each passing month…

Well, one thing I’ve noticed is that a lot of blogs out there have big graphics in their side bar begging people to sign up for their feed. Many even make entries stating just that: Click here to subscribe to my feed! No other content, just sign up please.

I haven’t done that before… until NOW!

So, if you wouldn’t mind, and you semi-regularly read this site, please consider signing up for my RSS Feed, you know, if only to boost my ego. ;0)

No worries, I won’t bother with telling you what I’m having for dinner, what I’m wearing on Friday, or what kind of soap I used this morning.