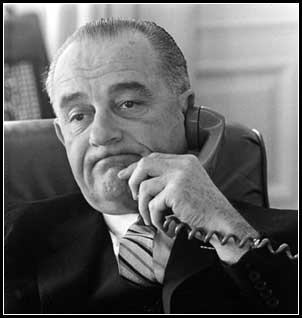 This afternoon I printed out all of my documents, got myself all pumped up to bestow my plight to an actual person, and dialed 1-800-669-9092.

I took a big deep breath as I awaited a voice on the other end.

“Thank you for calling the Private Mortgage Department. If you’re calling about a PMI deletion letter you’ve received, press 1.”

Beep. I pressed “1”. I guessed was about a PMI deletion letter I’d received. THREE TIMES!

A few bizarre clicks and a few computer whisper tones later, I was connected to Lisa who asked if she could help me.

She asked for my name, account number, and the last 4 digits of my SSN. Easy enough. Then she put me on hold.

As the seconds became minutes, I began to pace. I tried to get into the funky acid jazz muzak I was being subjected to, but the anxiety I was feeling made it slap bass more annoying than anything else.

Click — Lisa was back. She explained that she’d submitted a request to the MI Deletion Department and that I’d receive a letter in 7-10 days with further instructions.

Wow, where had I heard that before?

I’m pretty sure she thought her job was complete…

Now, I didn’t turn on the rage. I just politely said that I’d thought that I’d already received that letter three times and then detailed to her that I’d submitted this request three times already.

I went on to say that it was my understanding that once I’d reached 22% equity in my home based on the original value that the PMI would be cancelled automatically and that it hadn’t happened yet.

She put me on hold again.

This time the muzak had more of a country-rock sound to it. Really, it was like wimpy Lynyrd Skynyrd. Then it faded into the funky jazz.

Lisa came back. She said that she was researching it and that it would be a few more minutes.

I paced some more.

I started to nose whistle with the tune.

Click — Lisa was back again. She said that there was a provision on my mortgage documents regarding a “78% Loan to Value Ratio”.

To me, this was good news as I hadn’t used the number 78, so it wasn’t like she was just regurgitating what I’d already said — she must’ve actually read that somewhere when I was on hold. Things were looking good.

She stated that she’d emailed the Mortgage Deletion people to see about getting it cancelled and that they usually take a day or so to respond. She gave me her direct line and asked me to call back to check on the status tomorrow.

Now I’m thinking things are looking sketchy again. They’re going to say I need to pay $130 for an appraisal or something… I just have that feeling, you know?

I said thanks, and then she tried to upsell me with a re-fi offer! Too funny…

I declined, said thanks again, and ended it with, “Talk to you soon!”

Total time on the phone was 12 minutes and 29 seconds. I *almost* recorded the call, but I’m pretty sure that’s illegal…

Anyhow, with any luck, by the end of the week, my mortgage will be PMI free.