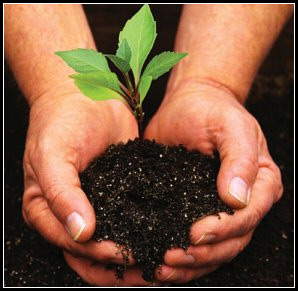 If you’ve been watching the Democratic National Convention on C-Span all week, you’ve no doubt heard the reference several times.

From the mouths of folks no one has ever heard of, all the way up to the likes of Jimmy Carter, Ted Kennedy, Bill Clinton, and Joe Biden, the one thing I’ve heard over and over, besides Bush-bashing and that McCain is “more of the same”, has been a reference to something called a “green collar” job.

I’d never even heard the term until Monday night. Never. Not once.

It doesn’t take a rocket scientist to put two and two together. I mean, when I was in University lots of people I associated with spent their summers planting trees way up north.

My current assumption would be that that could now be described as a “green collar job”.

You know, just another example of someone or something jumping on the whole “Go Green and save the world” bandwagon led by Al Gore…

It’s almost as if it’s an issue right up alongside universal healthcare in importance to the American people. At least, that’s what they’re attempting to make it out to be.

Problem is, I’d never heard of it. And my guess is that I’m not alone.

It doesn’t deserve this much attention.

Now, I’m not anti-green by any stretch.

I think it’s a good idea but the concept of boosting the American economy through the creation of green collar jobs — and green collar only — is a total farce.

Green collar jobs? I dunno. I think the white collar and blue collar labels pretty much cover the entire spectrum.

Back to the tree planters — they were always of the “crunchy” sort. You know, the long haired, deodorantless, Birkenstock wearing crowd. They thought they were doing a great thing and earning a little money at the same time. I guess I can applaud that.

The ironic part about it is that they were planting the trees in perfectly straight lines, you know, to make them easier to cut down ten to twenty years down the road. Their employer was just a third party hired to re-stock forest land owned by the lumber industry. How funny is that? They were actually working for the industry that they so despised.

Today that’s called a sustainable forest but I’m pretty sure the environmentalists still go ape when the lumber companies come back in to clear cut the land.

By that, I wonder if lumberjacks fall under the green collar tab?