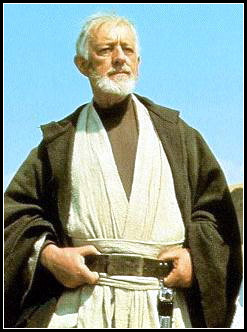 The idea of PMI automatically cancelling on it’s own is complete fiction.

I made my call this afternoon to Lisa — who, if you recall, asked that I call back to check on the status of my request. She had given me her direct line.

I called the number. Six minutes on hold and then the call dropped.

I tried again. This time I was on hold for three minutes and woman named “Willa” answered. Hmmmmm… Willa didn’t sound one bit like Lisa.

She asked if she could help, so I anxiously told her that Lisa has requested I call back to check in on the status of my PMI cancellation. Willa put me on hold.

A minute or so passed and she came back on the line, “Mr. Smurf, our records indicate that a letter with further instructions to cancel mortgage insurance was mailed to you on August 27 and you should be receiving it within 7-10 days.”

“Really? Well, I’ve already received that letter three times,” I responded. “I know what it says and that’s not what I’m calling about. See, Lisa said that she had emailed the MI Deletion department and that she’d likely have a response for me today.”

“I’m not sure why she would have emailed them, I’ll transfer you — please hold.”

I began to pace. I tried to rock out to the hold music but it wasn’t working. Nine whole minutes passed. Four extra seconds too. Yes, my phone at work is freakin sweet.

Finally a woman’s voice spoke to me from the other end.

I had to confirm my name and account number and SSN again. She spoke softly and had traces of an Asian accent. Had I not been on hold for so long, I would have hung up and tried again. I hate soft-talkers. Always have, always will.

I didn’t catch her name, unfortunately, and she apparently didn’t catch mine either as she addressed me as “Mr. Smorf” three times in the first 30 seconds and for the duration of the call.

I explained my whole situation again and guess how she responded?

Yep, more nonsense about submitting a request to the MI Deletion department (isn’t that who I was just transferred to?) at which point a letter will be mailed to me detailing the blah, blah, blah…

I calmly explained that I’d gone through this process multiple times already.

I just wanted to know why my PMI hadn’t been cancelled.

I explained that there is apparently a provision in my original mortgage agreement that states that once I reach 22 percent equity or a 78 percent loan-to-value percentage, PMI is supposed to be terminated automatically. That hasn’t happened. Why?

She stammered a bit, I couldn’t understand (or hear?) her, and then she put me on hold.

I fully expected to be disconnected.

But then she came back.

“Mr. Smorf, your current loan to value is 77 percent, however, a COV certificate is required in order to…”

She stammered again and repeated what was obviously on the computer monitor in front of her — “However, um, market conditions are such that, however, LandSafe will have to conduct an appraisal but you, however, shouldn’t send the payment along with your regular mortgage payment.”

What? “Yeah, that’s not what I’m calling about.”

I told her that I’d heard all of that before.

She then began to tell me that “the appraisal is only $130 and with that, PMI could be cancelled.”

She stammered a bit and then responded with, “A real appraisal is usually over $300.”

I bought my house before prices skyrocketed. It hasn’t dropped in value. My tax records show that — and Countrywide pays my taxes for me.

And hold on, the law and my mortgage both reference the original purchase price — NOT the current market value!!! Why are we discussing this?

I didn’t say any of that, but continued to vent and argue my case.

I even laid out a scenario as an example — my current balance on the mortgage is $109k. If next week, I submitted a payment of $108k, would Countrywide still not cancel PMI.

“So, I could, infact have a balance of under one thousand dollars and I’d still have to pay PMI each month?”

“Due to market conditions, however, a COV, um, investors are, however, at 78 percent, um…”

That was the response. Can you believe that?

“So, PMI will never be cancelled automatically, is that what you’re saying?”

I went pretty crazy at this point.

I even started talking to the point that I needed to take a breath but I didn’t stop to take one. My palms were clammy. I even had to wipe my brow. That never happens.

When I finally allowed her to get a word in, she suggested that I refinance.

I just want my PMI cancelled which, according to the law, is supposed to be automatic and FREE!

She then went back to her script saying, rather, she went back to reading that a COV certificate was mandatory due to market conditions.

Every third word or so, she’d use the word “however”.

If I had to write a transcript, it would real like Caitlin Upton’s “uh, the Iraq, everywhere like such as” response in last year’s Miss Teen USA pagaent. Seriously.

I responded that I, quite frankly, didn’t care about the current market conditions. That’s Countrywide’s problem and not mine. My mortgage agreement was for a 30-yeard fixed rate mortgage with PMI to be dropped at the 78% mark.

I then bounced another scenario off of her…

What if I had made this request, and this phone call, two years ago, you know, before Countrywide essentially screwed themselves over to create the current “market condition”.

She didn’t have an answer.

Wow, I was actually acting like a certified arsehole. This was a new feeling for me.

“Yes, Mr. Smorf, however due to current market conditions…”

Wait a minute — I basically just got out of you that this actually has nothing to do with “market conditions”… This is apparently standard policy for Countrywide Home Loans. And how is it that they can just ignore the law like that?

I was at the point where I realized that I wasn’t getting any further today so I tried to wrap it up as politely as I could.

I thanked her for her help — though my tone was less than sincere — and told her that I’d research my options, though she provided me none, and call back at a later date.

She went back to her “script” and sheepishly asked, “Are there any other concerns I can help you with Mr. Smurf?”

Then, in apparent closing, she said that “Countrywide appreciates your business and…” well, that set me off again…

“Wait a minute. No, you don’t appreciate my business. I pay my mortgage payment every damn month. I’m not the reason for the current market conditions you speak of. I’m not calling about some hardship I’m facing or to re-negotiate the terms of my original loan or crying ‘woe is me, please don’t take my house.’ I’ve been asking Countrywide to hold up their end of the original deal for nearly two months now and I’ve gotten nothing but a bunch of bunk. I’m the ideal customer, and you know what? Yeah, I am a little bit upset about the situation Countrywide has put me in — not that you hadn’t noticed.”

“I understand Mr. Smorf, however…”

“No, however nothing. You’re screwing over your best customers by ripping them off. I am being ripped off. To the tune of $85 per month, I am being ripped off. How dare you ask me about refinancing with Countrywide. Really, why on earth would I give a company that rips me off any more business that I need to? And you know what? I am going to be a thorn in Countrywide’s side until this matter is resolved.”

She apologized for the fact that I felt that and I ended the call. In case you’re wondering — no I didn’t hang up on her.

Of course, I was just blowing off some steam.

I’ll be honest. Hefty Smurf, I am not. 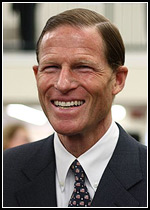 I’ll probably just end up paying the $130 for an appraisal but before that happens, you can bet that I’ll send a boatload of nasty messages their way, file a complaint with the FTC, and pass along the details of my ordeal to Richard Blumenthal, the Attorney General for the State of Connecticut.

Well, make a mental note, someday you will see his name.

When it comes to Attorney Generals in this country, he’s the biggest badass around making national headlines on a regular basis. I’ve heard he uses Jedi mind tricks as well. Not sure if that’s true, I’m just sayin’…

And not that he’ll pursue this, but he’s already sued Countrywide once and he’s the type that likes to pile on.

Even if a letter written by a junior staffer full of fluff threats arrives at Countrywide’s door with Dickie B’s return address on it, well, it’ll get some attention. Of that, I’m sure.