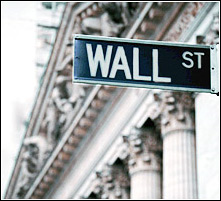 That’s not so bad. Definitely not the end of the world.

I actually let out a sigh of relief…

Finally, someone goes under. Good riddance.

They got themselves into this mess, why should anyone bail them out?

It’s almost like it’s assumed that everyone should have a safety net now or something — and that’s just wrong.

You know, like the folks getting free help on their mortgages that they never should have had. I’m still upset that my tax dollars are paying the neighbor’s mortgage.

It’s funny, almost 6 months ago to the day, my post titled “You can put lipstick on a pig…“, which oddly enough has gotten a huge number of hits over the past two weeks, pleaded for all of the bailouts, rate drops, and government interaction to stop.

That was six months ago!? Who didn’t see yesterday coming? Even back then!?

Then things will recover and we’ll be back on track.

I’m hoping all of the Fannie, Freddie, Lehman, Merrill, and AIG news are enough to finally push it to the brink.

Two or three more days just like Monday, all in rapid succession, and it will be smooth sailing again…

Let’s stop putting it off and get it over with…

We could be 6 months into a recovery but instead, well, they’re still trying to delay the inevitable. Or not.

Depends on what the Fed does today, I guess…