CLOSE
Home Current Events Anyone Else not Working for Rosh Hashanah? 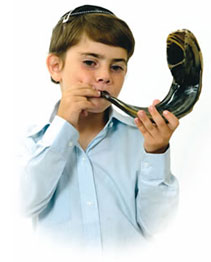 Perhaps this is insensitive of me, but regarding the apparent urgency of a bail-out plan (which I personally don’t support anyway), why again is Congress taking a few days off for some Jewish holidays?

This might not be a politically correct rant, but my trusty almanac tells me that Jews currently make up around 2.2 percent of the U.S. population. A quick “google” indicates that 37 members of Congress are Jewish. The math tells me that that’s just shy of 7 percent.

Either way you slice it, it’s a minority. (Yes, Barney Frank is in the minority. Imagine that?)

Now I don’t know about you, but I have to go to work during the two days of Rosh Hashanah.

I’ve always had to.

Until Israel takes control of North America, I’d assume that I’ll always have to work on the first and second day of the seventh month on the Jewish calender.

And I’d be willing to bet that 97.8% of the workers on “Main Street” and “Wall Street” will be going to work on Tuesday and Wednesday with me, so really, who are the members of Congress working for again?

Or is this just because they had to work a little overtime on Saturday and Sunday?

Seriously, talk about out of touch…

Spending Report for May 2010