CLOSE
Home Life Game One in the Books 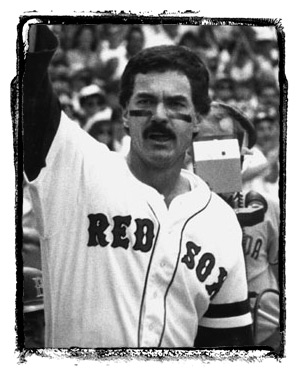 Well, last night I took in the first game of the season. The seats I picked out, sight unseen, for my season tickets are awesome. I’m very happy with the selection — though being right next to the student section and seeing many of them in shirts that said “Class of 2012” made me feel very, very, very old…

It was the first NCAA women’s game I’d ever been to and I was pretty excited at the start, though, as it was my first game, everyone on the ice was essentially an anonymous nobody.

The size of crowd wasn’t all that great, respectable, but not that great. Probably because it was women’s game, which is kinda sad.

True, the hitting isn’t like it is in the men’s game, but the passing, well, the women set-up plays like the men used to in the 1980’s before all that mattered was the size of the player. It’s like a throwback to the best years of the NHL.

I should probably also mention that the home team, my “new” team, lost 7-0. Ouch. On opening night. Double ouch.

When I was young, I had a friend that was originally from Boston. The Red Sox were his team. He even had Red Sox curtains in his room and his gerbils were named “Dwight” and “Evans”. I’m pretty sure his brother’s middle name was even “Fisk”. Yeah, they were die hard.

I remember being at his house over the summer pretty regularly and his dad would seemingly always be on the couch watching the game, probably a Red Sox game, and his mom would shout from the kitchen, “Are we winning?” with genuine interest.

I always thought that was kind of silly.

See, at my house, if we happened to be watching a sporting event (a rare occasion), we’d say something like, “Are they winning?”

See, we didn’t have a team at my house. The whole concept of referring to the team as if we were actually a part of it was completely foreign to me. Dare I say, it almost seemed stupid?

Then, after University, I latched on to our local professional hockey team. I was even earning a paycheck from them. I mean, in that instance, I really was a part of the team — it would be understandable to refer to the team as if I was on it — yeah, we won tonight.

But for probably 10 seasons, that never happened. It was only this past season that I found myself saying, “Yeah, we’re gonna make the playoffs…” The funny part about it is that I wasn’t even on the team anymore but I felt more connected. Go figure?

Either way, I kinda liked it. Yeah, they’re “my” team.

So now, I’ve moved on to this new team and, as I said, last night was the first game.

Twenty three seconds in, “my” team was losing. Great start.

As the first period wore on, and my team fell deeper and deeper into a hole (the other team wiped the floor with them all night), I started to familiarize myself with the names on their backs, you know, to try to feel moreconnected to all of these anonymous nobodies so I could root for them.

I mean, I think the only reason I started calling the last team “mine” was because I was familiar with everyone on the team.

Not in a personal way, but in a sort of I-know-you-but-you-don’t-know-me sort of way. In my mind, we were on a first name basis. To non-sports fans, I’m sure that makes no sense. It may even sound creepy.

College sports, though, are tough to get behind if you’re not alumni because there is so much turn around on the rosters. At best, a player will only be there for four seasons.

On the men’s side of things, basketball specifically, you may only get one or two years out a player before they go pro, fail out, get expelled, or go to prison. What is it with these top level NCAA basketball programs? Seriously…

Anyway, it’s tough to make a connection when your favorite player could be gone next season. Every season. Just a rotating door of anonymous nobodies. What fun is that? There isn’t any connection to be made, other than to the logo on the front of the jersey… 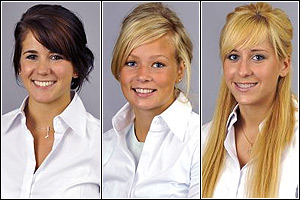 That’s why I was happy to notice that the three players that stood out the most for me last night were all freshman — Jordan Elkins, Kate Wheeler, and Chelsea Illchuck — they gave it their all, down 7 goals, right to the final horn.

Injuries and interests aside, they’ll be on the team for another three years — maybe I can get into this…

Their next game is this afternoon, against the same team, so hopefully they fare a little better and I learn a few more player names.