CLOSE
Home Current Events Where Do they Get this Stuff? 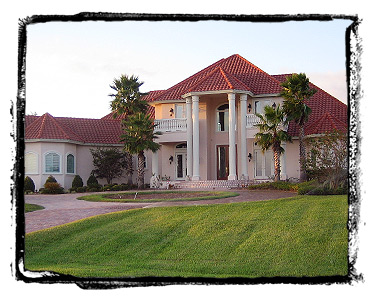 “Nearly one in five U.S. mortgage borrowers owe more to lenders than their homes are worth, and the rate may soon approach one in four as housing prices fall and the economy weakens, a report on Friday shows.”

That’s the opening line in an article on CNBC today.

“Nearly one in five U.S. mortgage borrowers owe more to lenders than their homes are worth, and the rate may soon approach one in four as housing prices fall and the economy weakens, a report on Friday shows.”

I realize that real estate is always “local” and no one thinks that this sort of thing happens in “their” neighborhood, but I’m sorry, that opening line is too outrageous to ignore.

One in five? And soon to be one in four?

“The data, covering 43 states and Washington, D.C., includes borrowers nationwide, even those who took out mortgages before housing prices began to soar early this decade.”

There is no way.

I bought my house this decade and I’m not in that situation. I’m not even close.

I even could have purchased my house two years ago, when it was near it’s height, and I still wouldn’t be in that situation today. Value is dropping, yes, but not like the stock market did in October…

The only way that opening line could possibly be true is if roughly a quarter of all homes in the country were purchased in the last 18 months and we all know that that isn’t the case.

I look at my street, and again, I know people always say real estate is local, but my street is pretty run of the mill. The most recent home sale was about two years ago now. The one before that was, well, my house — six years ago. Things were pretty affordable six years ago.

The woman across the street — now an AARP member grew up in that very same house. If I had to guess, the average for the street is well over 15 years per house.

Neighborhoods don’t have enough turnaround to justify the numbers quoted — that is unless, of course, if they only collected data in brand new dead end cul-de-sac developments full of McMansions…

Naturally, later in the article they take a HUGE step back from the opening line saying things like, “This is very much a regional problem” and that “most of the country is not in bad shape”…

Um, okay… So what’s up with the opening line?

I guess it worked.