CLOSE
Home Finance Insurance Success on the Insurance front? I’m Not Sure Yet 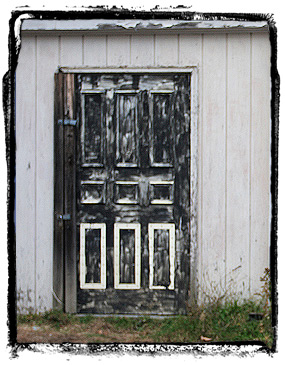 Seems I’ve secured a new homeowners policy — and it’s not of the plan for dilapidated crack houses with no running water.

But, as of yet, I don’t really have anything solid that makes me feel any different about my entire situation. One thing is for sure, though, the yearly inspections and harassing letters might finally be in my past.

Here’s how it all went down.

Sunday night, I surfed onto a couple of local independent insurance agency websites. The big companies, the kind you’ve heard of, won’t even talk to me because of where the policy is now.

I filled out the “quote” form on all of the sites, but only hit submit on the one that asked the most questions, you know, thinking they’d give me the most accurate quote since they had the most information. That would make sense, right?

Monday morning, not even 5 minutes past nine o’clock, my phone rang. It was the owner of the agency. After first exchanging some meaningless pleasantries, he started to go over what I’d submitted the night before.

“Current carrier — you selected ‘unlisted’ from the drop-down… Who is your carrier?” he asked.

I lowered voice and uttered, “The Connecticut FAIR Plan.”

Here at PIAC, it’s also affectionately known as the plan for dilapidated crack houses with no running water. Seriously, that’s *exactly* what FAIR plans are for.

As a result, the conversation immediately took a turn for the worse as he stumbled out an “Oh…”

“Yeah, I’ve been trying to get off of it for years now. Their inspector has twice now even told me that I shouldn’t be on it anymore, but I can’t seem to find anyone willing to take me so I was hoping you might be able to help.”

Then he started listing companies that don’t insure anything built before 1950 (which disqualifies like 80% of the homes in New England).

The city records claim that my house was built in 1900, but it’s a safe bet that it was build anytime between 1875 and 1900, more likely being the earlier date rather than the later. Horsehair in the plaster and plumbing obviously added after the house was up are pretty good indicators that it’s from waaaaaayyyy back.

For insurance purposes though, I always say 1900. When I want to brag, I say 1875. Yeah, that’s right, my house is older than your house.

And then he asked me when my policy was set to expire.

“Hmmm, that doesn’t give us enough time for Metropolitan to do their inspection…”

He went on to say that, “Met is one of the few that still insures older homes,” and that they’ve nearly taken over that market and found that it’s really not high risk, but because I’m coming from a FAIR Plan, they’d need to a comprehensive inspection and that likely couldn’t happen before December 18…

Is he telling me that I took too long to fill in the form? Is he dangling a carrot in front of me? Can this guy help me? I couldn’t tell…

Then he said that there was a smaller company up in Massachusetts that they’d had luck with in the past with older homes. “They’ve been around since 1826, and they’re local to New England, so they’re familiar with the older homes and the risks involved…”

He asked me how I ended up on the FAIR Plan and how long ago and I gave him my full story. To summarize, basically, Allstate didn’t like my roof or siding — both of which have been replaced… recently. And that I’m still on the FAIR Plan because the moment I mention that I’m on it, insurance companies run for cover.

He said he’d give this Massachusetts company a try.

Later that afternoon, he emailed me a quote — $633 per year.

Wow. I’m set to pay $902 next month — $633 is a very welcome number. I emailed him back letting him know that I’d be willing to pay a premium 3 times that number just to get off the dilapidated crack house with no running water plan…

Now I know that that was probably a very stupid thing to say to an independent insurance agent since they’re just a middle man and I just gave him a huge opening to take an even bigger cut, but I wanted him to be fully aware that there was incentive on his end as well to get me off of the FAIR plan.

Seriously, I know as well as the next guy that flashing a little cash every now and then can open doors… and that was my plan…

In my email, I also asked him what additional info he’d need to get the wheels rolling.

Tuesday morning, we were back on the phone together. Today’s loaded question was whether or not I had good credit. I confidently said, “Yes.” He got my social security number and said he’d call back shortly…

At this point, I’m thinking things are going pretty well. I’m not really partial to the guy, but he seems nice enough.

About 45 minutes goes by and my phone rings.

“Things look good, your credit score is 830 and that should offset the fact that you’re coming from the FAIR Plan.”

“Yeah, I’ve known for years that I don’t really fit in to the FAIR Plan’s demographic…”

Then he started to “sell” some auto insurance, asking what kind of cars we have… I told him that I wasn’t really interested in that right now, but maybe, down the line, if I could get everything under one company I’d think about it.

Of course, this line of questioning unearthed the BMW…

From there, not surprisingly, he started talking up investment strategies, interest rates, life insurance, the current market conditions and, well, I guess you could call it “white collar” stuff.

He wasn’t so much making a sales pitch, but shooting the breeze at this point because, aside from my ghetto insurance, we suddenly had so much apparently in common…

So, maybe a good credit score is worth something too? Or is it a BMW? Sad that that could be it too, really…

Anyway, he faxed me something to sign, I faxed it back, and apparently it went into effect yesterday.

Right now, though, Countrywide is still listing the FAIR Plan as my insurer, but I’ll be keeping an eye on it.

Hopefully this new company won’t cancel me the way Allstate did. Man, I really hope that doesn’t ever happen again…

But for now, or at least the next few weeks, I won’t need to sweat the inspection or threatening letters from the dilapidated crack house with no running water plan…

Do NOT Stop Contributing to your 401k