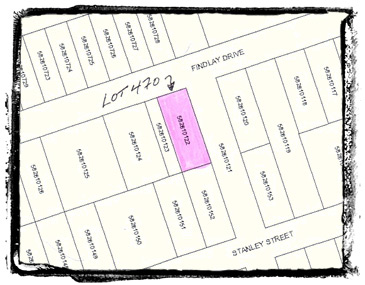 A guy that I work with is looking to buy his very first house sometime within the next few months. He seems pretty excited about it.

He, his wife, and their infant daughter are currently living in his parents house and, his words, “It’s time.”

There’s a bit of a language barrier between us being that we’re from opposite ends of the planet, but we’re both around the same age, I’d assume that we make about the same amount, and I like to think that our goals overlap quite a bit. Must be an immigrant thing… I dunno…

So far he’s been looking at some pretty affluent areas and I think he’s been discouraged by the price tag attached to homes in those towns.

I grew up in one of those towns. In fact, it’s one that he had on the very top of his list.

Now, people can say that the reputation of the local school system is an important aspect when it comes to settling on a home, he actually mentioned it, but I think that I would have been perfectly happy living two towns over in a house twice the size — and no, the surrounding towns aren’t/weren’t ghettos.

Besides, the heralded school system that I came out of certainly didn’t prepare me for university. It may have earned me acceptance at a few schools (that I didn’t attend anyway), but no matter how you slice it, I feel that my high school education was substandard.

Academically, I was NOT prepared for higher education.

Other than telling him that the school system in the town he was looking at sucks (and has only gotten worse over the past 24 years since they ‘won’ that award), I told him that my advice would be to pick a house with a great location — don’t worry so much about the town.

Evidently, he’d heard that before.

Further, I told him to avoid living on a corner if at all possible which resulted in a very confused look.

While there are some perks, like being able to give people really simple directions (“Yeah, it’s on the corner of Garden and Glen Hollow”), they don’t outweigh the negatives…

One annoyance is that there’s always a school bus stop in your lawn when you live on a corner. That’s not necessarily a bad thing, but if you’re one of those people who really values the appearance of your lawn, good luck getting grass to grow there.

Further, on the subject of lawn care, when you live on a corner, chances are that there are street signs in your lawn. You know, street signs, stop signs, and speed limit signs?

Ever have to mow around those?

It’s tough — requiring you to have to weedwack too. Doesn’t sound like that big of a deal, but if you live on a corner, you know what I’m taking about…

Does the city have sidewalks? Guess what, in the winter it’s the law to shovel them within 6 hours of the completion of a snow storm. If you live on the corner, well, you’ve got to shovel the sidewalk on two sides of your property rather than just one like everyone else. Hardly a perk…

Another problem with living on a corner is that, at night, car’s headlights will shine into your house when they take the corner. Thankfully, I haven’t experienced this problem because the direction that cars making the turn towards my house has always been desolate. The people across the corner from us, well, I’m sure their bedroom lights up with every passing car. That would suck — even on a low-traffic street.

When you live on the corner, people who walk their dogs think your property is their toilet. It sorta makes sense if you think about it, you know, with all of the street signs, cable boxes, and fire hydrants that you have on your property, dogs love it. It’s like a playground for them or something… I often think the dogs “hold” it on their walks until they reach a corner.

But the largest hassle you’ll encounter, for whatever reason, when you live on a corner is that, besides dog $h!t, your yard also becomes a depository for Taco Bell wrappers and 7-11 Big Gulp cups.

People also seem to enjoy emptying their car ashtrays in front of your house too. It’s… nice.

My street has very little traffic, maybe one car per hour on a busy day, but I still end up having to pick up trash along the corner more than 3 times per week. Our next door neighbors?

Well, I’d venture to guess that they think we’re pigs since we always have garbage in our yard.

Evidently, they’re unaware of what it’s like to live on a corner.