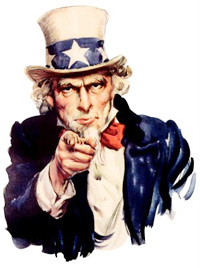 So I started doing my taxes this week and, while going through the motions, I stumbled across something that drove me bonkers last year.

I’m in shock that I didn’t blog about it then. Perhaps I did, but I couldn’t find any mention of it…

And, honestly, I wasn’t going to blog about it this year either until reader Doug Hill posted a comment on one of my better entries regarding my PMI battle with Countrywide — the one I eventually gave up on.

See, last year there was a “new” deduction that homeowners could take. You could deduct your PMI!

I was pretty pumped — until TurboTax told me that I didn’t qualify for the deduction.

But this year, the same thing happened and I made a lot less. For a minute or so, I got all excited when it allowed me to enter that I’d paid $1021.80 for PMI in 2008, you know, thinking that I’d get most of it back from Uncle Sam.

No dice. I don’t qualify. Still.

So, modified slightly, here’s what Doug Hill said to get me all fired up:

Now we have two classes of homeowners who pay PMI — Deductible and Non-Deductible.

Like Doug, I’m getting hosed because I bought my house before the market started to falter. As MoneyMateKate so eloquently stated in another post, “No good fiscally responsible deed goes unpunished these days. Grrr.”

Once again, it feels like I’m getting the shaft for making a wise move and paying my mortgage bill on time and in full for all of these years… while the people who are walking away from their mortgages because they bit off more than they could chew could potentially be “bailed” out…by the taxes I’m paying.

Tax Evasion on the Road