CLOSE
Home Current Events Have you driven a Ford lately? 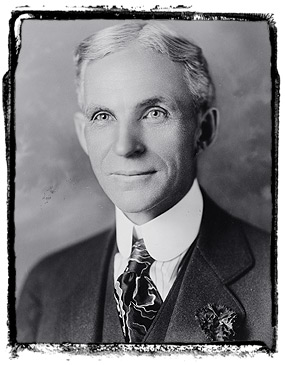 In fact, I’m not sure I’d be caught dead behind the wheel of one (it’s an old story) but that isn’t to say that I don’t have a lot of respect for the company that makes them.

By now, I’m sure that nearly everyone has heard about the domestic car companies begging the government for money. Again.

They’re on their knees looking for a bail out of sorts.

But one company stands alone — Ford.

They haven’t taken any money from the government.

Sure, it’s been offered to them, but they’ve refused, you know, claiming that they’ll be able to pull out of this on their own.

With that, wouldn’t it be a shame if they were the first domestic automaker to go out of business?

I really hope that doesn’t happen.

Though I guess that’s how things work now, financially speaking…

If you make the right move (morally or strategically), chances are, you’ll get screwed for being so wise.

Make all the wrong moves, on the other hand, and you’ll probably qualify to have the government bail you out.

How backward things have become…

Financing for a Second-Time Homebuyer