CLOSE
Home Finance Do I Spend too Much? 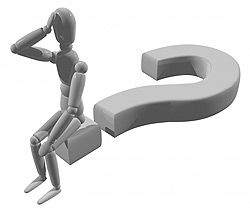 A simple yes or no answer will suffice.

Over at the Happy Rock, Debt Destroyer lists out his monthly expenses and every month I think to myself, “Man, that guy spends a lot…”

I’ve even left a comment a few times saying almost exactly that.

But does he really spend a lot?

Obviously, his numbers always seem high to me so I’m pretty convinced that he spends a fortune each and every month but, honestly, I’ve never really kept great track of my own spending — just my plus/minus.

In short, I’m going to give it a try.

I think I had a pretty expensive February, so these numbers might be a little bit higher than usual, but maybe not…

I’m actually quite surprised that I’m right there with him… and to think people gave him a hard time, myself included, over a $180 Pearl Jam box set and here I am dropping nearly $500 on hockey jerseys.

(In reality, I dropped over $800 on hockey jerseys as the American Cancer Society donation was in fact a charitable donation for, well, a jersey…)

The only good thing I can take from this analysis is that, as I said, this was an expensive month for me.

It’s not like I drop $897.20 on auto insurance each month. And the $818 spent on hockey jerseys, as lame an excuse as it sounds, was a much needed splurge.

Subtract those two from the picture and my expenses for the month were only $2418.74.

I say that like it’s nothing… Crazy, I tell ya…

And, technically, I could even take it a few steps further and take out the water bill (it’s quarterly), Valentine’s Day, the e-filing fee, and the finance charges.

And really, with the weather warming up, the gas and electricity bills be be cut in half (or more) in a couple of months.

So I guess it’s all good news for the months ahead.

Either way, though, my short term goal for March will be to keep my expenses under $2500…

According to Microsoft Money, I haven’t accomplished this since April of 2001 — not even close. That blows my mind.

Celebrating Independence by Writing a Check