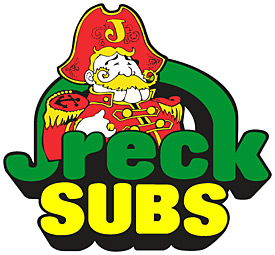 Just a few weeks ago, I took a break from my weekly savings transfers that were wearing me down and it was just a matter of days before I realized that that’s all I needed to re-energize myself to continue moving forward.

So, today a guy at work walked in after lunch with one of the biggest grinders anyone had ever seen in hand.

As my coworkers ooohd and ahhhed the sandwich, I asked where he’d picked it up, he answered, and I said I’d never eaten there before.

He was surprised — he even said as much.

I felt kind of pathetic. Seriously.

Truth is, though I’ve lived in the same town that I work in for nearly 7 years, when it comes to food, I’ve rarely ventured beyond the Burger Kings, McDonald’s, Wendy’s, and Subways.

In fact, aside from the three or four restaurants that I frequent (and just mentioned), I’d estimate that I’ve only actually tried ten local restaurants total.

The phonebook lists hundreds of them — many of which I drive by every single day without even giving them a single thought.

That fact that they’ve remained in business all of these years should be an indication that their food and service is adequate (enough) so starting this week, whenever we have the inclination to eat out (you know, when we don’t want to make something at home), we’re going to try something new.

Maybe start at one end of town and work our way west. Or vice versa.

When my wife reads this, she’ll probably be gleefully excited. I think she’s grown tired of the old routine and would love a little but more variety.

For me, just thinking about it, well, I’m a little afraid…

I mean, I already know that I’ll struggle to find anything on the menu at that place Sammy Garlic’s. Yuck.

And some of those luncheonette places look like the type of joint that only welcome “regulars”. Or perhaps they ask to see our AARP cards at the door and then turn us away.

But all of that aside, it will definitely be a much needed change of pace and soon, when I drive through town I’ll be able to say, “Yep, ate there once… It was pretty good…” instead of blindly driving by…

I can’t tell you how many times going back and forth from university during the late 1990’s that I drove by numerous Jreck Subs in upstate New York and wondered, I mean, genuinely wondered if they were any good (and how exactly to pronounce their name)…

One time, I even ate a McDonalds next door to a Jreck.

I’ve gotta break from that routine…

By the way, for any readers from upstate New York — how does Jreck compare to Subway, Blimpie, or Quizno’s?

And how do you pronounce Jreck?