CLOSE
Home Food Eating Out for a Change

So we “broke from the routine” today and ate somewhere that we don’t usually eat — we’ve got this thing going where we’re trying to change things up a bit and, well, ‘discover’ the town we live in.

For our first meal out on the town we selected Chili’s — yeah, I know, really daring, huh? — partly because their television ads have such attractive hostesses but also because their food looks oh-so-good…on television

Actually, it just made the most sense — we’re going to canvas our hometown starting from the east and head west one restaurant at a time.

So we walk in and I’m hoping to be greeted, you know, like in the commercial, but instead we end up standing there for a few minutes. No hostess to be found…

I’ll admit, I was a little sad inside.

Eventually a fellow named Michael came over to greet and seat us. He was a little light in the loafers, if your catch my drift, not that there’s anything wrong with that, but he was also a little too eager to convey that, yes, he was indeed very light in the loafers and pretty damn proud of it too.

Not really being a fan of Mexican food or even the Americanized Tex-Mex variety, I knew that I might struggle to find something on the menu to suit my picky appetite.

My wife happily ordered some fajita/quesadilla platter thing and I opted for their “Triple Dipper” dinner where you get to select small portions of three different entrees.

I picked the mini-hamburgers, the chicken crispers, and the sweet chile glazed wings.

I was beginning to remember why we pretty much never eat at Chili’s (or Friday’s, Outback, Ruby Tuesdays, etc…). I mean, if it’s not the line out the door just to get it, it’s the wait to get your food once you’re finally sitting down. No — I don’t want an appetizer.

So the food finally arrives and it looks pretty good. I start digging into my sweet chile glazed wings and come to the conclusion that they don’t taste like Mexican at all.

They taste exactly like General Tso’s chicken from any Chinese take-out place — the only difference is that you get less and pay more if you get them from Chili’s.

Next, I wolfed down a mini-burger.

Now maybe I’m an oddity but I like my meat cooked.

Especially hamburger. You’d think that it’d be impossible to not fully cook a burger the size of a Ritz cracker, but this thing was rare. 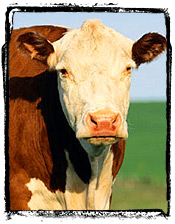 I should’ve known better… The last time we ate a Chili’s, years ago, I specifically asked for my Big Mouth burger to be well done.

When they brought it to the table, it moo’ed at me. No joke.

Some people may love that. I’m not one of them.

Thinking that the chicken crispers could act as a chaser for the rest of the disappointing meal, I saved them for last.

If there’s one thing that I detest more than rare beef it’s mooshy chicken.

Mooshy chicken could be undercooked chicken. It could be fatty chicken. Either way, if it’s mooshy, it’s nasty. And this chicken was mooshy. Borderline gooey, even…

Seriously, how could they screw up chicken fingers?

So, needless to say, our first meal wasn’t a winner in my eyes but that’s okay, I’m not discouraged yet.

Get back to me, though, when we eat at the Ruby Tuesday’s across the street from the Chili’s…

I can almost guarantee that I’ll have a few tales to tell about some undercooked beef on my plate.