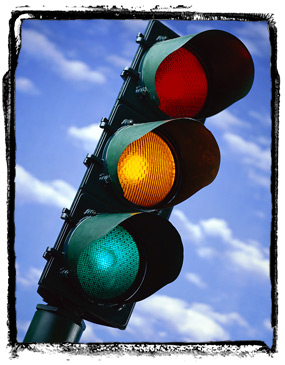 I’ve been driving now for just over half my life and in just that span of time I’ve noticed the rules of the road aren’t exactly what they used to be.

Yeah, road rage has definitely been on the rise during my time on the road. I’m pretty sure it existed before I got behind the wheel but I doubt that was as prevalent.

There seem to be a lot more able-bodied folks out there driving around with handicap placards hanging from their rearview mirrors too. All of the fakers and frauds aside, simply being overweight shouldn’t allow you to park right up front either. You’re fat. Not handicapped. Get over it.

Now before someone posts a rude and obnoxious comment about how inconsiderate I am towards the handicapped, well, if you’d seen the things that I’ve seen in just the past week, you’d understand. I’d estimate that one out of every 10 cars in Connecticut has a handicapped placard. That’s messed up.

And all of the people driving and texting, or even just talking on the phone while driving, well, all of that has definitely been introduced since I first picked up my drivers license in 1992.

I can barely type and watch tv at the same time… The idea of even attempting to thumb-type while actually driving is completely foreign to me — I’d never do it.

But the most troubling thing that I’ve noticed since I began driving, and predominantly in the past 5 years, is the number of drivers who flat out ignore red lights.

I mean totally ignore them, as if, if you lay on your horn while you ignore the red light, it’s okay.

I see this happen usually two or three times per week.

And it’s not just teenage boys in their “Too Fast, Too Furious” painted Mitsubishi with a do-it-yourself spoiler or balding men trying to look tough in their t-top Trans Am with the bird on the hood.

Both genders, all age groups, all styles of cars. Even box trucks — it really doesn’t seem to matter.

Is this isolated to my area? Is it a New England thing? A Connecticut thing?

I hope so but, either way, it’s really freakin’ scary.

In my life, I think I’ve run one, maybe two red lights. Yeah, nearly 17 years of driving and well over 300k miles and my total is two. Both were instances where I probably should have stopped for a yellow but didn’t.

Now, occasionally I’ll stop for a red light, you know, because it’s the law and stuff, and I’ll see the driver behind me in my rearview go into a tirade throwing me numerous finger gestures.

For the record, I’m in full favor of the city or state installing cameras on every single traffic signal.

Tickets these idiots — the “oh-no-we-can’t-have-big-brother-watching-our-every-move” argument doesn’t work for me anymore.

And I don’t consider it an invasion of privacy either. They’re public roads and the only people having their pictures taken are the ones breaking the law and endangering others. Don’t want your picture taken? Don’t run the red.

Best of all, from a personal standpoint, by ticketing them all, my taxes will go down. And on that note, I’d like to thank all of the smokers out there too.

Yep, I know, another post that doesn’t relate to personal finance. It’s weird, now that my finances are in order (and I’m a little too chicken to invest right now), there doesn’t seem to be much to talk about.

I did pay my cable bill this morning though. Exciting stuff, huh?