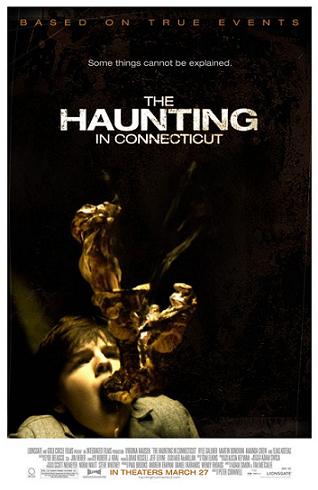 Sheesh, another embarassing showcase of the state I call home.

I’ve driven by the house portrayed in the movie. Many times.

No joke, as the crow flies, it’s less than 5 miles from my house. I was going to drive by today and snap a picture for this post but apparently there’s a police car out front in an attempt to keep the curious away so I’ll describe it instead…

Unfinished attic? Put up a rickety staircase on the exterior, toss a dirty mattress up there, and you’ve got yourself another room to rent.

Can you picture it in your head now?

(I’ll admit, I’ve exaggerated slightly — but it really is a dumpy looking multi-family that I wouldn’t ever consider living in — and look what the inside of my house looks like!)

It’s also not, as I’ve heard reported by the national media, in Northern Connecticut.

Seriously, the town’s name is Southington.

Would they name a town Southington if it were in the northern part of the state?
Yeah, I didn’t think so.

It’s not even scary looking!?

It’s just a dumpy multi-family home that they current owner, through no fault of their own, will now be able to charge an arm-and-a-leg to rent out. Bonus for them.

And all this talk of orbs or anomalies in still photos — well, being a pro photographer, let me straighten this out once and for all…

It’s called dust on the sensor or a smudge on the mirror… Oh, and that prism hanging from a hook over there in the corner of the room where the “contact” occurred isn’t exactly helping the situation…

If you believe that this movie is based on a true story, you’re either a teenage girl who thinks that vampires with messy hair are “Hottie McHott” hot or you’re just a weirdo. My mailman is actually one of the latter.

He asked me a few months ago to take a look at some of his cemetery photos taken during one of his, um, “expeditions”.

The photos were taken with a piece-of-crap Sony point-and-shoot and then enlarged to a point where, well, you could see every jaggedy pixel. Basically, to him (and his cohorts), there were ghosts all over the place.

To me? Well, the photos were overexposed, over-enlarged, and the sensor on the camera obviously had some crap on it. The lens was scratched too…

Of course I didn’t have the heart to tell him, just nodding my head saying, “Yeah, that’s kinda neat…” as he eyed my camera equipment.

Please don’t waste any money on this terrible movie.

Here’s a photo of another local home that I’m pretty sure *is* haunted. 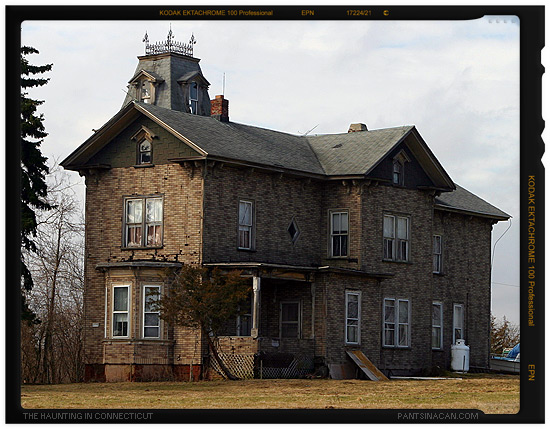 Well, at least it looks the part…

For the curious, I can even give you the street address — no police cars outside or anything. Just creepy-goodness.

And maybe it’s just me, but I find it hilarious that the movie’s tag line is “Some things can not be explained.”

Kash Money? I Don’t Get It…