CLOSE
Home Blogging? Pants in a Can turns Two! 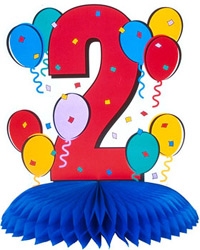 Wierd that it falls on April 15. Total coincidence, though…

It’s amazing how much things can change in the short span of two years, not just from a financial aspect, but all-around.

For now, though, I’m going to stick with the financial stuff.

Though I said then that I could see the light at the end of the tunnel of debt, now, I can’t fathom how I was so comfortable with my finances.

My head was apparently in the clouds…and had been for quite some time.

Just a few months later, though, my credit card debt alone would swell to over $20k.

Talk about moving in the wrong direction…

But this site kept me in line. Just posting the numbers each month, even if no one was reading them, forced me to hold myself accountable so I kept at it…

Amazingly, at the one year mark, I was well on my way to being 100% non-mortgage debt free and proclaimed that by this anniversary/birthday, I would be.

Wow… The Banks are Resorting back to Free Toasters…