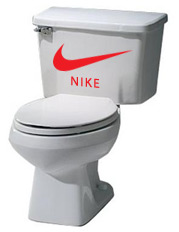 One of my favorite blogs to read each day is the Happy Rock.

Yesterday, Frank put up a post about not flushing the toilet so as to save money on water or some such nonsense…

Most of his post was most certainly a tongue-in-cheek sort of thing as many of his “Cheaper than Cheap” posts tend to be.

It made me think of how Sheryl Crow insisted that people should only use one piece of toilet paper per visit a couple of years ago to save the environment or something.

It was obviously a joke though many apparently seemed to miss it.

Now I’m not saying that flushing the toilet less often is a bad idea but I think people need to put the savings aspect of it in perspective.

My water bill arrived yesterday, coincidentally, and you know how much the bill was for?

And that’s for three months worth.

Not that I usually measure out my water in cubic feet, but according to the bill, I used 1820 cubic feet of water over three months.

A quick calculation into a more common unit of measurement tells me that that’s 13614 gallons of water. Divide by three and that’s around 4500 gallons per month.

It’s a pretty safe bet that that’s most of the water was used.

And with a baby coming soon that’ll poop all over everything (that is what babies do, right?), can you imagine how much laundry we’ll be doing? Or how many additional showers I’ll feel the need to take as a result of all that pooping?

I guess my point is that for every three gallons of water that I use, my bill only increases by a penny.

In reality, it’s probably far less than that as I’m sure a good chunk of that $47.31 bill goes towards things totally unrelated to my water consumption.

And if you want some real savings… stop paying $1.29 for a little bottle of water.

The stuff is worth far less than 1-cent per gallon. 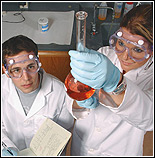 One time in university, one of my crunchier classmates told me not to use so much water to wash out an Florence flask.

Thinking it was a joke and being a geology nerd, I deadpanned, “Seventy percent of the world’s surface is covered with water. I hardly think we’re running low…” as I turned on a second sink faucet.

They were somewhat miffed, understandably, but I stand by my statement to this day.

Water, in one form or another, is not a commodity we’re lacking. If it were, it’d cost more.

Seriously, it’s falling from the sky right now in New England!? For FREE!