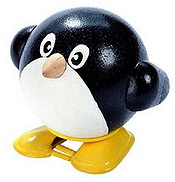 Yesterday my wife and I visited a mall that, well, a mall that isn’t in our area.

They say that pregnant women are supposed to walk around, so that was the plan. We weren’t there to shop, really… We were just going out to window-hop a bit and do some people watching.

To make it a bit more exciting than usual, we decided to hit a mall that we’d only been to once (during one of those Steve & Barry’s excursions.)

See, when we go to the mall we have this game that we play. Some people have celebrity crushes, my wife and I have “counts” at shopping malls.

Basically, if you see someone that can only be described as “Hottie McHott” hot, you utter the number. Not like a rating or anything, it’s just an incremental count.

Sometimes we even point potential “winners” out to one another. One thing is for sure — my wife knows the “look” that I like and I’m pretty happy about that…

On a typical shopping trip, I usually reach five or six.

Evidently my wife has more stringent requirements than I have as she rarely exceeds two.

My only instant disqualification results from the sight of Ugg boots.

I just don’t get it. They’re called “Uggs” because their ugly as hell. Why would you wear something ugly on purpose? It’s an obvious character flaw…

A woman I used to work with used to defend them, tooth and nail, claiming that they were “soooooo warm and comfortable…” as if that made up for their exterior shortcomings.

It’s a decent argument, I suppose, but I think most people out there wearing them are doing it strictly for style and you know what? In another 10 years, they’re going to want to burn (err, delete) every photo of them ever wearing them.

And really, I’m pretty sure that the Snuggie is soooooo warm and comfortable as well but I have yet to see someone wearing one at the mall.

And I’m pretty certain that I never will…

Anyway, so we’re taking a lap around this mall and we’re both holding steady at a zero count.

It’s not like we were there super early and it was just some AARP mall walking team in there with us either — it was pretty crowded. Everyone was just, well, either ugly or weird.

And, yes, some girls were wearing Uggs even though it was over 70 degrees outside. I’m telling you, they’re all about style… (Please let this fad die…)

So as we’re leaving and heading back out to the car, my wife asks how high my count got…

“One. And she was plastic…” 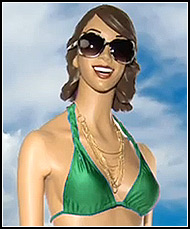 For real, she was plastic.

And I’m not talking about some blond, spray tanned, silicone-enhanced cougar either…

The best looking woman in the entire mall, no question, was the Old Navy Supermodelquin named Eva.

She had this green bathing suit on that fit her perfectly. I wasn’t even turned off by the metal post that came out of the back of her calf…

How sad is that?

(For the record, on this trip, my wife’s count was also one. But at least her’s was a real person.)