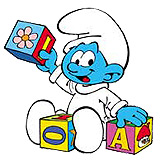 When I hear the word “overdue” the first thing that comes to mind is the library.

I’m almost ashamed to admit that I haven’t checked a book out from a library in well over a decade but as a result I’ve never had to worry about paying any fines for returning a book overdue.

Strangely, the term “overdue” does not come to mind when it comes to my bills.

Maybe it’s because I’ve never paid a bill that was “overdue”.

And maybe it’s because if I were in that unfortunate situation, I’d substitute the word “late” in instead.

Anyway, my wife was “due” yesterday.

Does that make her overdue?

PIAC Flashback: The last book that I checked out of a library was from the second floor Chemistry Library in Gordon Hall at Queen’s University back in 1996.

I was working on a project regarding the idea that time would stop at absolute zero because the electrons of an atom would cease to move at that temperature.

I was working on a time machine.