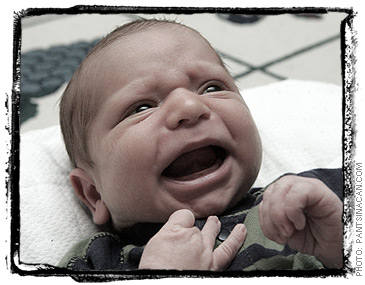 Ever since the smurfling was born (that’s him on the right), I’ve been driving my wife’s car.

I suppose that since we’re married, it’s my car too, but I pretty much never drive it unless I have to.

These days, I have to drive it so…I guess, now it’s my car.

Not such a big deal, really, once you can drive one car, you can pretty much drive them all provided, of course, you’re not one of those folks that can’t drive stick.

(Your numbers shock me.)

There is one place, though, where a different car can really trip you up.

Yep, as you pull in you begin to think, “Oh crap… which side is the tank on?”

In the old days — like maybe 10 years ago — you could glance in the side mirrors and see the little finger hold on the gas tank door to get your answer but cars these days are all sleek and smooth.

On my Scion, the gas tank door is perfectly flush with the side panel. You can’t see it in the mirror.

Now, coincidently, also back in the 1990’s, you could pull up to a gas pump on the wrong side and the hose was still long enough to wrap around (or over) the truck to get the nozzle in the tank. It didn’t really matter how you pulled in…

So after a lucky guess, driver’s side, I ended up pulling in on the correct side.

While telling my wife about the traumatic moments I’d had at the gas station she said, “You know the gas indicator on the dashboard tells you which side the pump is on, right?”

I had to see for myself…

Yep, she was right… See the little arrows?

On her car, the message isn’t even subtle… Hey stupid — the fuel door is on the left.

Of course on my 1998 BMW (that will now surely get very little use because there isn’t anywhere to put the smurfling), there is no indicator… 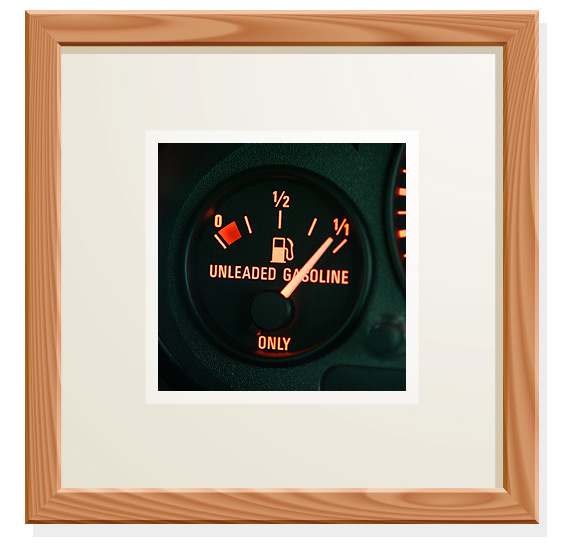 Sheesh, you spend all that money for the blue and white logo (plastered all over the car in NINE places) and they can’t even tell you which side the gas tank is on… (It’s on the passenger side.)

So, the next time you find yourself driving an unfamiliar car up to a gas pump, chances are, the dash board can tell you which side the gas tank is on.

Provided it’s not a BMW.