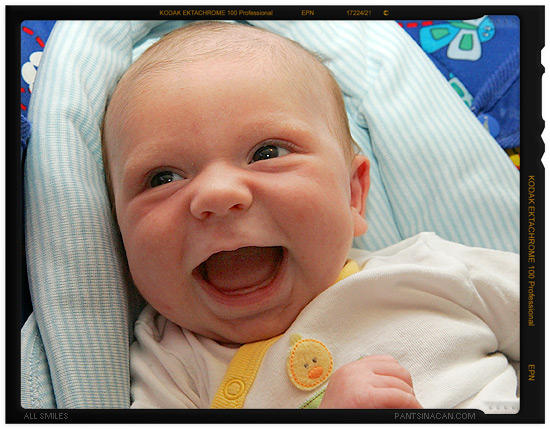 Today I took the day off from work so we could check out a few daycare facilities.

While I have little doubt that my wife would love to be a stay-at-home mom indefinitely, it probably wouldn’t be in the family’s best interest for a host of reasons…

You know, health insurance, schedule flexibilty, and job security being the three biggies that come to mind first…

We’ll play it by ear but, for now, the plan is to drop the little guy off at daycare each morning once the maternity leave ends in another 6 weeks.

Not really knowing what to expect on a daycare tour — I was envisioning a “One Flew Over the Cuckoo’s Nest” type of set-up aimed at little kids — we pretty much walked in blindly.

Sure, we checked out a bunch of websites for the daycare providers in our area but, like so many other things, they never list a price.

Now I’m not saying that the pricetag attached to the care is all that matters, I just don’t want to be caught off guard when the price drops — like I have been for a few of our home improvement projects.

Not really knowing what to expect, the first place we went was right upfront — care for the little guys (6 weeks to 3 years old) for all five weekdays runs $231 per week.

Not that we were taken aback by the number, they further justified it by saying that that’s only $4.86/hour.

Sounds like a deal, though we don’t intend to have him there as many hours as it would take to get the hourly rate down that low — they just took the $231 and divided it by the number of hours that they’re open during the week.

It was a nice modern looking place — everything was new and it showed. Nice and bright, well-staffed, and equipped with a security system that rivals the vault at any downtown bank. I’d say that we were impressed. Presentation-wise, from the glossy handouts that they gave us to the person that walked us around, this place was going to be tough to beat.

The next place we visited is a little off the beaten path. It’s a place that I know a few people from work have used and, six months ago, if you’d asked me to name a daycare place in town, well, this would’ve been the only one I could name off the cuff.

When we walked in, well, it just had that nursery school feel, you know, there was a hint of “controlled” chaos in the air even though we weren’t anywhere near any of the children yet.

The director gave us the pitch and then we ventured behind the big wooden door for the tour portion of the presentation.

Wow. It brought back memories of my own nursery school days…

Little cubbies with name tags for all of the kids to put their stuff.

Children just talking everywhere about, well, nothing at all. There was one kid, probably four years old, that just wanted to say “Hi” to us. Repeatedly.

While it was a little messy and cluttered, it seemed pretty structured and under control at the same time.

I couldn’t help but notice all of the Fisher-Price toys from the 1970’s all over the place — the kind that I’ve looked for but haven’t been able to find because they don’t appear to make them anymore.

Seemed like my kinda place, though, I suppose I should expect daycare to have modernized some since the 1970’s. I’m not saying that I’m against pretend plastic cell phones for kids…

(No wait… That’s exactly what I’m saying. Give me that plastic rotary phone any day of the week and don’t tell me that the coiled cord is a choking hazard…)

In short, it was cool to see the kids playing with the *exact* same toys that I played with.

One thing that was very different though were all of the hand sanitizer machines on the walls. I was a little turned off by the whole germ-o-phobe vibe. We even had to cover our shoes with little shower cap like things.

I understand it but I don’t agree with it. It’s almost as if one OCD parent changed the way things are done for everyone.

Somewhat related, While the director was telling us about the no-peanut policy in the building, I couldn’t help but think back to my own childhood.

I dunno, it seemed a little overboard to be so heavy handed but maybe that’s just me?

So, the comparable weekly rate for this second place is $225 per week. They didn’t bother to justify it, just threw it out there. They also told us that there wasn’t an opening for when we’d like to start but that they’d keep us posted.

So, at then end of the day, we were kinda torn.

I don’t want to bash one over the other so, for the record, both places had the no-peanut policy. Both were also crazy with the wall-mounted hand sanitizer machines. Both seemed to have a great staff working there. And both also seemed to be filled with kids that were respectful, happy, and having a good time.

I’d be comfortable leaving him at either place.

The costs, which will fit into our budget, are all but identical too — around $1000 per month — so it comes down to which place gave us the better vibe.

I won’t lie, I thought it was really cool to relive my own nursery school days at the second place. I’d like him to go there.

At the same time, it was old. It was a little run down. And it, I dunno, just didn’t seem with the times. (Obviously?!) Really, they don’t accept credit cards — they’re that old fashioned.

My wife prefers the nice, new, and modern place. For $6 more per week, it probably is the better choice.

Best of all, they have an opening for us too.

Financial Decision from a Vulnerable Position