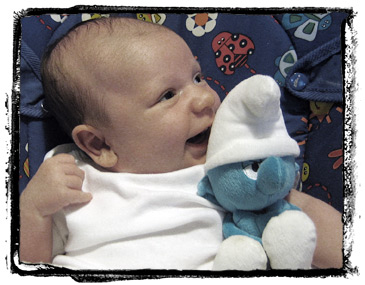 So get this, my wife got a call today from the hospital.

They were calling to let us know that “Ducan” (yep, they massacred what I’d consider, while rather uncommon these days, a very simple and traditional name) had an outstanding balance for his May 26 “procedure” and that we’d need to “set-up” a payment plan.

Confused, my wife interupted with a “What?”

Obviously used to this type of treatment, the caller just pressed on until my wife finally got a word in edgewise.

“We’re not going to set-up a payment plan without a bill.”

The caller then said that the bill had been mailed…

Now, mail service is pretty prompt around here but not *that* prompt.

My wife futher explained that we hadn’t yet recieved a bill and until we had a bill in hand, we weren’t paying anything and definitely not over the phone.

Now I know that the person on the other end of the phone encounters a lot of deadbeats that also claim that they never received a bill in the mail — I realize that — but when the they’re the one that offers up the information that the bill was mailed out YESTERDAY, I mean, c’mon…

We’re not late — we haven’t even recieved the freakin’ bill. (That was just the insurance company’s explanation of benefits last Thursday.)

So, after making my wife feel like a deadbeat, the caller apparently came to terms with the fact that it was plausible that we hadn’t yet receieved a bill…but she still insisted on knowing how we intended to pay the outstanding balance…

“Sorry, we’ll pay you when we receive a bill.”

Plain and simple, this was a collections call thinly disguised as a courtesy call…

I actually find it completely ridiculous…

And with that, we’ll probably sit on the bill until just days before it’s due.

Had they left us alone, they probably would have had payment in full before the holiday weekend.

(For the record, it wasn’t a scam — it really was the hospital calling.)

Can you believe that?