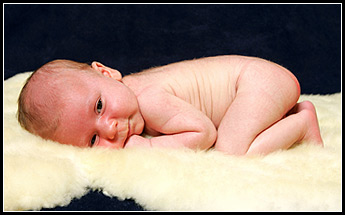 No, we’re not disputing the amount.

Prior to that incredibly inconsiderate and premature collections call from the hospital, our insurance company hinted at what the damage to our wallets would be.

The insurance company’s explanation of benefits from a couple of weeks ago indicated that we’d be on the hook for around $1890.68.

That’s fine and exactly the amount that today’s bill indicated.

The thing is, I was really interested in seeing a detailed statement with all of the services we received, like, broken down and itemized.

You know, seeing that the fee for having that old lady escort us out was an astounding $75. Or that that horrible bowl of pudding cost us $16.99. That sort of thing.

Well, this is what we recieved:

Not much to look at, huh?

No joke. It was this and a return envelope. That’s it.

I dunno. Was it wrong to expect more?

I want to know what all that money went towards!

Can you imagine if something like your long distance phone bill came like this? Without an explanation of how they reached the amount due?

I know that it says that we can call to ask questions but I doubt a third party call center in Colorado (that isn’t the hospital’s number) will be able to break down a bill for a service provided at a hospital in Connecticut.