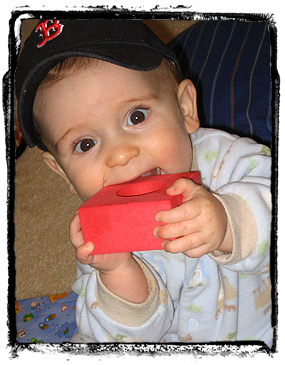 I just sorta coasted through 2009.

A lot of people seem to do that for their entire lives, you know, just going through the motions and I’m glad that I’m not one of them.

At the same time, though I coasted, I can’t say that I made any poor financial decisions during the past year.

But I’m also fairly certain that I didn’t spend and/or save as wisely as I could have if I’d had a concrete plan set for the year and beyond.

Without any debts to attack besides the mortgage and that lingering renovation project that still needs to be initiated (I’m dragging my feet), 2010’s goals are going to be about saving and investing.

I think that’s where I’ll draw the line…

Back during my days buried in credit card debt, that’s about how much I was sending back to the fine folks at Mastercard and VISA during each calendar year.

I’m not making as much as I did back then but I’m also not spending as much either.

I think I can do it.