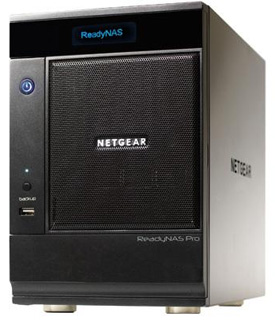 Well that was quick!

Yep, just over a week into the new year and I’ve already spent a fortune — unexpectedly.

I suppose that when the month is over, I’ll classify these most recent purchases as “business expenses” but that doesn’t hide the fact that I spent real money on them…

I hate when people are under the assumption that “business expenses” are freebies. They’re not.

And if you work at a company and freely spend money that isn’t your own, well, you should think about that some time.

Anyway, remember that awful day that I had back in October of 2007?

Don’t worry — it’s okay if you don’t. You can refresh your memory here.

The short of it is that I had a hard drive fail. I went out and bought a short term replacement and, while it hasn’t “failed” yet, it’s running at roughly 98% capacity.

Lasting for nearly two and a half years is pretty good but I’ve always feared another drive failure and I’ve also always known that I *need* to plunk down the cash to get a real viable long term and expandable storage system in place.

I finally did that earlier this week — but only after making a bonehead move and attempting to do it the “cheap” way.

I surfed on over to CDW and purchased another Buffalo Technologies DriveStation just like I did back in 2007.

It arrived earlier this week…dead.

I’ve never been a big fan of CDW but with Circuit City and CompUSA no longer in existance, purchasing the unit in person is all but impossible these days and then CDW went out and bought out my favorite online retailer so it seemed as if the only place to turn — and they had the best price too. That’s rarely the case — which is why I’m not a big fan…

Thankfully their returns policy is pretty friendly though they still haven’t processed my return yet — I’m hoping I don’t get hit with a 15% restocking fee for a unit that was dead right out of the box.

Eitherway, in desperate need of drive space, this turn of events put me in the hot seat. I decided that enough was enough — no more nickel and diming my way through this.

I bought a file server.

No more of this USB connection crap. I settled on a model from the NetGear ReadyNAS line of products.

Back in the 1990’s, I built a few of fileservers from old computers at zero cost and I considered doing that sort of thing again this time but that was back before RAID and, honestly, I don’t have time for that sort of project anymore.

I paid for it this time instead. So far, between the two purchases, I’ve surpassed the $1000 mark.

Tons of space and loads of redundancy are worth it though — especially having delayed this expense for years on end.

That’s what I decided. Or, at least, that’s what I’m telling myself right now.

It’s still not here and, sadly, it’s scheduled delivery is next Monday (MLK day, ugh…) so I probably won’t have it until that Tuesday.

Now the only big ticket item (that I’ve been eyeing for years) left on my list is a good high-quality file cabinet.

Ever priced one of those out? Yikes — they’re expensive…