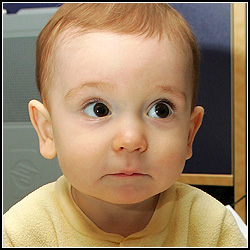 Well, I fared better than I did in December but I didn’t exactly keep my spending in check as closely as I’d wanted or even expected to.

That said, there were a few budget busters at fault for my breakdown — most notably that unplanned but definitely necessary fileserver that I purchased along with all of it’s related accessories.

Anyway, here’s where all of the money went:

I suppose I could pat myself on the back for keeping the sum under $4k even while dropping over a grand on the previously mentioned business expenses… but I’m not going to go that route.

I still spend far more than I *need* to.

Sure, I guess I could make the argument (to myself and with myself) that I can *afford* to spend this much, I mean, my net worth still went up, but, really, I think my true expenses (minimum payments across the board) only add up to around $2000 per month.

I routinely spend double that?!

On the success front, though, you might notice something absent in this month’s spending report — or you might not… The hockey jerseys.

Usually a staple in these reports and, more often than not, they’re in the second or third spot too. Not this month.

Forthcoming Quality Time in Front of the Computer