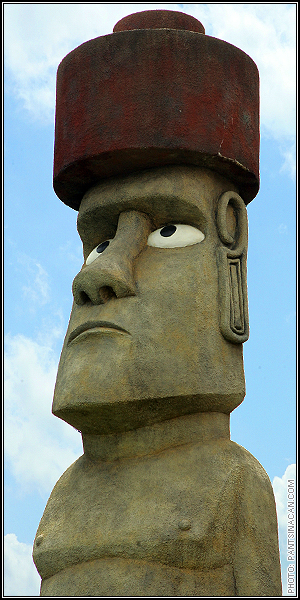 Well, I thought this month would be one for the records books but I seem to have come up just a bit short.

That’s good news… but I still spent too much.

An improvement over last month (barely) but still far too much.

Breaking it down a bit, err, explaining the irregularities, well, the hockey jersey number probably looks absolutely ridiculous to most people and makes it seem as though my priorities are way out of whack.

I can understand that.

One of my financial goals for 2010 was to curb my hobby expenditures and for the most part this year, I’ve done that.

Sure, I blew it this month, but I’ve been a lot more reluctant on purchases than in years past and, this time, I’m certain that I got my money’s worth. That probably doesn’t make sense to most readers either…

The Air Canada expense was for plane tickets to my sister’s upcoming wedding — unfortunately not on Easter Island which would be cool though, right?

It hurts to see that number as high as it is as there are definitely more pertinent things that we *should* be spending the money on (no, not hockey jerseys — the HOUSE!) but it is what it is.

Best of all, the trip isn’t for a few months so by the time we’re handing over our boarding passes this purchase will seem so ancient that it’ll feel free…

That is, until the charges for the rental car and hotels come though… Ugh.

Seriously, I booked a few more things, they’ve put a hold on my credit card but nothing has gone through…

The last few lines on this spending report, while small, are all irregular too and are worthy of a little explanation.

The GAP online charge stems from that jacket purchase and then return/credit and then exchange. I bought a couple of t-shirts and a onesie as well which is why the numbers between the two posts don’t all add up (for those keeping score at home).

Yeah, explain that “foreign” transaction fee to me again? Whatever — I’m learning not to sweat the small stuff.

The purchase at Lowe’s was for a plumbing emergency. The trap under our kitchen sink “fell” off. Not sure how it happened, or why, and it doesn’t relate to that time I fixed the leaky faucet but I’m just glad it only took $5.16 to fix.

ATM fees really piss me off. Thankfully I didn’t get bookended with a fee from my own bank too. This was one of those moments where you get caught with your pants down (not in a can) at a place takes cash only.

What type of place only takes cash these days?

Anyway, it was one of those situations so I had to bite the bullet and use another bank’s ATM. Yep, took out $20 and paid a $5 fee to do it. Think about it — that’s 25 percent. Outrageuous.

At our last hockey game of the season, we used the neat vending machine that takes credit cards for two sodas.

That last one…. The Hartford Parking Authority. Yep, that was a parking meter and guess what? It took plastic too.

And then Borrower’s Remorse Sets In…