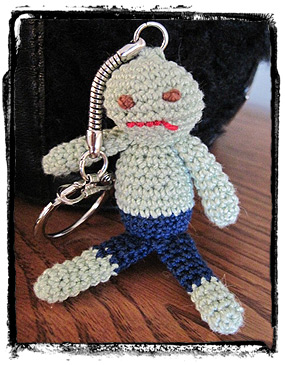 Well, you can throw consistency out the window…

Since the refinance went through, I’ve had money to burn. Seriously, when you manage to cut your mortgage bill by 60%, well, suddenly it’s as if there aren’t any big bills anymore. It’s a strange feeling.

But with the renovation still not paid for, well, I’ve chosen not to spend like crazy so as not to dig myself into a huge deep well of debt.

Either way, my spending pattern can hardly be called a pattern any more…

One year ago, I spent more than that on the mortgage alone. Crazy.

At the top of the list are the hockey jerseys. It’s a hobby that’s tough to explain — and I won’t try to explain it.

I added two jerseys to my collection this month — both pretty difficult to come by and both that I consider worthwhile purchases.

One was a white New York Rangers Liberty jersey which was a style that they only wore for one season. Stuff like that adds to the collectability — kinda like limited edition beanie babies or whatever.

The other was a Swiss National Team jersey worn in the 2010 IIHF World Championships that I purchased direct from the Swiss Ice Hockey Association — an experience on its own.

First off — I’ve dealt with monetary transactions from Switzerland a few times but it’s always been money coming in. Sending money to Switzerland, on the other hand, is a royal hassle.

In short, Switzerland doesn’t do the whole euro thing — they want their payments in Swiss Francs. Not a problem, conversion is simple, but they also don’t accept checks.

You’ve gotta wire the money into their account which, obviously, is a Swiss bank account which, in turn, makes you look like you’re financing some sort of Al-Quaida operative when you’re trying to wire money from an American bank.

Would you like a DNA sample with that? Sheesh…

Yeah, the bank on this end of the bargain made it feel criminal. To say the least, it was a learning experience. And I’m probably on some sort of watch list as a result.

Up next, and somewhat out of the ordinary, is the clothing expenditure. I’d worn myself down to one pair of shorts last month. I *had* three pairs at the start but some poorly situated holes developed and put me in a position where, well, I needed a new line-up of shorts. I threw in a few shirts too.

I also found myself sucked into watching the World Cup in June and ended up purchasing a few soccer jerseys for me and my son. Sadly our team, Germany, didn’t make the finals but we’ll still wear our cool new jerseys regularly.

Business expenses were high this month as I finally jumped on the wireless bandwagon. We purchased one of those NetBooks last month (my wife bought it so it’s purchase not accounted for here) so it was time to make our home network wireless too.

The hardware wasn’t really that expensive but it did bump me over the $200 mark with all of the regular expenses thrown in too. The worst part about it was that I had to venture into Best Buy… Ugh.

The Baby Gates purchase was for a couple of those gates that you put in doorways to keep toddlers from, well, escaping. Duncan is walking around now so we kinda need to keep him outta the construction zones — not that they’re any more dangerous than the house was a couple of weeks ago, but still…

A ten dollar Zombie key chain? What is wrong with you? Actually, a friend has been getting into the whole arts and crafts thing and I was feeling generous. Besides, it’s awesome.

And the last non-regular purchase was that $9.53 purchase at Home Depot. It was for a HUGE screwdriver (that I’ll probably never see use again — much like that mandrill back in 2007) that helped me take apart (or destroy) the piano so we could get it out of the dining room. I’m just glad the stupid thing didn’t cost more.

Photo of the Week: Mite Hockey