CLOSE
Home Life It’s my Birfday; We gon’ Party like it’s my Berfday! 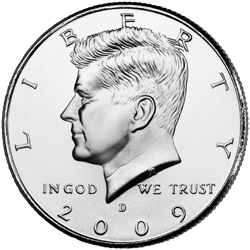 Seriously, though, it is my birthday.

I officially turned 34 today and while I don’t believe in astrology or any of that mystical nonsense, over the past decade or so, I have made a habit of seeking out the horoscope articles that start with “If today is your birthday…”

Here’s the first one that I came across this year with my personal comments in red.

If Today is your Birthday
Eccentric and philosophical, Leos born on August 13 possess a kinetic energy that is the envy of all who know them. [What a load of crap that is…]

They are talented individuals who are able to make a name for themselves in anything they attempt. [Okay, I’ll take it. It’s true that I’ve turned out to be pretty adept at the things that have peaked my interest.]

Challenges seem to awaken their fighting spirit and give them the inspiration they need. [Ha! Yeah, that’s funny… This is about as far from the truth as possible.]

Friends and Lovers
August 13 natives do not seek friendship as much for its emotional rewards as for the satisfaction it gives in allowing them to observe human nature. [This is spot on. I mean, my Facebook friends list has swelled to over 250 aquaintances. While I do truly know every single one of them personally, really, it’s just so that I can look at their photo albums and peek in on how they’re doing. It’s not emotional at all — it’s digital.]

Romantic involvements may encompass some of these identical needs, though in relationships they are more vulnerable. [Not sure about this one. Can’t say that I ever dated someone just to “observe human nature.” That’s for weirdos.]

They have a romantic spirit and may be more sensitive and easily hurt than they appear to be. [I can work with that. I’m convinced my spleen exploded once and I walked it off…for 5 months.]

Children and Family
August 13 individuals learn their life-lessons at an early age, and it is from these challenging circumstances that they develop a great deal of their wisdom. [I bumped my forehead pretty bad falling off my bike when I was in kindergarten and that taught me to watch where I’m going and not to lead with my head — especially when falling. Does that count?]

When August 13 people become parents, they are somewhat distant. [Perhaps.]

Although they can be loving, they wish to teach their children hard lessons. [Okay, so maybe this is why when Duncan falls down and starts to cry, I kinda freeze and stare at him waiting for him to get back up on his own… Yep, I’m blaming the stars or whatever…]

These people worry about everything. [Sheesh — did they have to rub it in?]

They love to eat, and since they may overindulge regularly, these people need to set aside time each day for vigorous exercise. [I do enjoy eating but I’ve also been told that I eat like a bird so…yeah, let’s not talk about the daily vigorous exercise.]

Career and Finances
August 13 natives are drawn to unusual, even dangerous, occupations that give them the opportunity to experience a unique reality. [Not sure this applies. My “real” job is pretty tame when it comes to danger and I certainly wouldn’y classify myself as a risk taker.]

August 13 natives have a gift for making money, even when they don’t set it as a priority. [I wonder when this kicks in? Actually, this one works too — in my early 20’s I made a lot more money than I ever should have without even really trying. Well, I was “trying” but I was never trying to “make money.”]

Dreams and Goals
August 13 people gravitate toward the unique, the strange, the unusual because it allows them to play out their own inner conflicts. [Um, okay. I’m not about to pierce my face or anything, though.]

An addiction to excitement also characterizes them. [I live adventure more than excitement. Less risk involved.]

They seek to push the level of their emotional involvement beyond mere commitment until it very nearly becomes an obsession. [Is this in reference to the hockey jersey thing?]