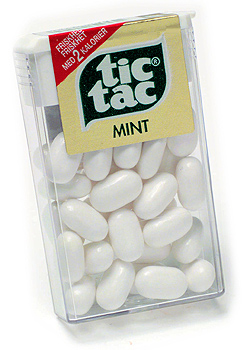 Eight years ago today I signed my name on around 100 documents and grimaced my way through sitting far too close to a lawyer with the worst breath imaginable.

It was the one time in my life that I truly wished for a Tic-Tac. For someone else.

Anyway, I tried to dig up a few pictures of what the house looked like back in 2002, you know, to show off some of the progress, but apparently they were all on that hard drive that went belly-up back in 2007.

Someday I’ll send it in to a data recovery company. Someday. Like when they won’t charge me $1k+ for a 50% recovery rate.

So a lot has changed since I moved into the old musty thing. Best of all, it doesn’t smell like an old lady anymore. Not anywhere. The latest renovation has finally, finally, finally cleared the faint odor of Charlie perfume, cedar, and whatever can take credit for that familiar “grandma’s house” smell.

It’s all gone – replaced by the smell of wood and paint fumes. Mmmmmm…

Over the 8 years, I’d had a lot of work done and, yes, there’s still a ton left to do. No doubt about that but things have definitely been accelerateing in frequency and cost over the past few years.

Starting from the beginning, with-in days of moving in, I had an electrician come in and wire an outlet in my computer room. He charged an outrageous $500 fee.

Little did I know — this tiny project would cause endless anxiety and have far greater costs over the long haul.

The first big upgrade made was the jump from 60-amp to 200-amp service in early 2003. When I first moved in, if I turned on the television and the vacuum at the same time, I’d end up having to venture down into the dark basement to screw in a new fuse.

Yep — you read that right. I had to “screw” in a new fuse. Probably twice a week — any time I did laundry.

I think it cost me around $1500 to upgrade to 200-amp service and have the new panel with circuit breakers put in. I also had a new wire run to the dryer cause, well, it had its own circuit now. Based on what I know now — I got a great deal on that upgrade.

The next fall, just after I’d had my oil tank filled up, the furnace died. Right then and there I replaced the old coal furnance (since converted to oil) with a brand new natural gas one. Including that wasted oil fill-up, the cost was right around the $5000 mark.

After that initial blast of renovation activity, I took a long break — 2004 was the first year that I put nothing into the house. I think we painted a room ourselves — that was it. More of the same in 2005 and most of 2006.

In my head, I was saving up for a new roof — and I even had a few contractors come over — but in reality I was just spinning my wheels.

It wasn’t until December of 2006 that the roof project actually got off the ground for real. Total cost — including the removal of a chimney and porch was $12000.

In 2007, we did the siding project with those horrible contractors that just went on and on and on and on. Total cost on that, including a new porch and some exterior doors, was in the vicinity of $25000.

We spent 2008 on the sideline, you know, pretty much broke.

In 2009, we had those huge trees taken down. Total damage there was only $2750. If you haven’t seen it, you should check out the video.

Also in 2009, we were finally able to un-do the unfortunate homeowners insurance situation that the very first project put us in.

Yep — it took 7 years to “fix” what that contractor initiated. Ugh. Makes me angry just thinking about it.

In 2010, we re-financed to lower the mortage bill to less than $500 per month and we’re in the final stages of our interior remodel that’ll probably top out at around $36000.

While it troubles me some that I’m averaging putting over $10k worth of work into the house each year, I still wouldn’t trade it for the world.

Like I said just a few months ago — this money pit was a great purchase.