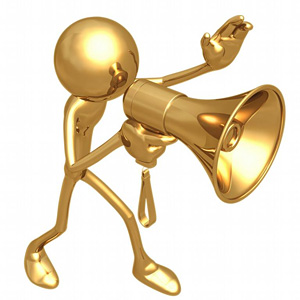 Money Beagle‘s comment to Monday’s posting was so awesome that I thought a response was worthy of its own posting.

Regarding me missing the mark…I beg to differ.

Don’t get me wrong — I thought it was a good commercial. Well, the first minute or so of it was good.

I thought the soundtrack worked (partially because you never heard his (Eminem’s) nasally voice).

I thought the message was, well, it was good too.

I just thought the star was all wrong for the reasons I listed out originally.

Beag mentioned the Grammys — Eminem’s got to have some curb appeal. Good point but that’s the thing — how many folks over the age of 30 have ever heard any of the songs nominated in any of the categories?

We’re about the same age — right in the center of that most coveted advertising demographic. I don’t know about you, but I pretty much punched out of the modern music scene in the Dave Matthews era and the waning days of Pearl Jam.

Don’t get me wrong — I know who Katy Perry, Taio Cruz, and Miley Cyrus are. I’m not totally out of touch.

At the same time, though, I have zero interest in the acts performing on Dick Clark’s Rockin’ Eve celebration anymore. Haven’t had any interest in over a decade. The same holds true for the Grammys — performers, nominees, and presenters.

I think I’m in the majority on that one. I still watch the show but mostly because nothing else is on on that night — kinda like how I watched the Super Bowl even though my Bears weren’t in it.

Point is, Eminem has little appeal to me and probably everyone that I know over the age of 30.

On a tangent, since I mentioned the Dick Clark thing, I’d like to take this moment to mention that Will Smith’s daughter is terrible. Just terrible. “Whip My Hair?” Huh?

Now, for the whole “Made in the USA” thing, well, I know that that hasn’t been the case in the auto industry since, well, probably the early 1970’s — just like you mentioned.

I drove a GEO Metro in the early 1990’s. It was a GM product. Inside the door, it said Suzuki. Go figure.

My BMW was assembled in the heart of NASCAR country. German engineering? Yeah, right…

My Scion was actually assembled in Japan. I’m actually pretty surprised by this.

I only mentioned the “across the river” to connect it with the Justin Bieber reference. That, and hailing from southern Ontario, I know first hand that the landscape is dotted with humongous auto assembly plants. And technically, Windsor, Ontario could be considered a Detroit-area assembly plant like you mentioned — close or not, it’s still in another country.

I also thought it was appropriate as they threw “Imported” from Detroit right in your face as if Detroit itself is another country. What’s up with that?

We’re in total agreement that Chrysler had/has lost its edge. I blame the Plymouth Voyager explosion of the mid 1980’s. Mini-vans were their bread-and-butter back then and they held on to that “image” for far too long. 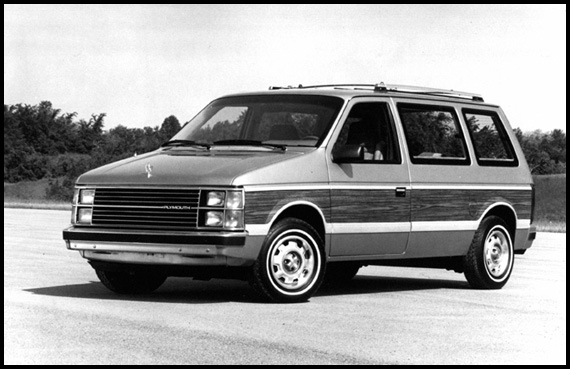 They do need some “edge”. But I still say that Eminem in a Super Bowl commercial was the wrong way to go about it. On MTV, during a Jersey Shore marathon, sure, but not the Super Bowl.

When it comes to widely viewed events (such as the Super Bowl), the memorable commercials are the ones that have appeal to the masses.

Comedy is one way to get there — though that generally works best for beer commercials.

The Volkswagen Passat Darth Vader spot used comedy and a “villian” from 35 years ago. That worked. My son is the same age as your little one (to the day, I think) and he knows who Darth Vader is. My mother knows who he is too.

It appealed to all ages (and genders) making it a perfect Super Bowl commercial.

VW is not suffering from an image crisis though…

Back on topic and regarding what I think was a poor casting choice for a Super Bowl commercial.

The last big, BIG televised event that I can think of was the Winter Olympics last February. You may or may not remember the BC Tourism commercial that ran nearly every break featuring Sarah McLachlan, Ryan Reynolds, Michael J. Fox, Steve Nash, Kim Cattrall, and Eric McCormack.

Same idea as the Chrysler commerical, while not all local to Vancouver or even British Columbia, all of them are Canadian and pretty much everyone on the northern half of this hemisphere will know of at least one of those celebrities. Further, it’s pretty unlikely that you’ll have a neagative image towards any one of them either…

The 30-something crowd knows who Sarah McLachlan is, whether it’s from her music of the late 1990’s or the ASPCA commercials that can make grown men cry.

Ryan Reynolds was named People’s most beautiful person three years in a row. I’m not certain why — he’s alright, I guess — but that crown ensure that grocery store tabloid readers know who he is along with all those folks going to see his chick flick movies.

The older crowd would know who Michael J. Fox is from his time on Family Ties. Or even the Back to the Future movies. More recently, he’s the face of Parkinson’s disease. He’s well known and, as far as I can tell, pretty well respected too.

Steve Nash was the NBA’s MVP for a few seasons. All of the wannabe jocks know who he is.

Kim Cattrall covers the cable crowd. She was one of the stars in the Sex in the City series that got so many people to pay extra for HBO. She’s also been in tons of movies and even dated Pierre Trudeau (a former Pime Minister of Canada).

Eric McCormack, rightfully so or not, covers the gay crowd. I’m not sure if he’s actually gay or not, I don’t think he is — it doesn’t really matter — but from his role on the tv show Will & Grace, I’d say that the masses just assume he is.

How do these six spokespeople differ from Eminem? Well, first off, the variety alone ensures that 95% of the audience will identify with at least one of them. Maybe Chrysler should have had a few more cameos.

Further, though, and more importantly, they all have pretty squeaky clean images.

I’m not an expert on any of those celebs — I listed pretty much all I know about them — but I do know that their image is treated with higher regard than that of Eminen. Image is everything.

That’s why I thought the commercial was terrible.

You just don’t want a perceived thug telling you they’re coming back. To me, that’s the message Chrysler sent and it’s 100% because of the casting. It’s not edgy — it’s almost insulting.

Oh, and I don’t see Detroit making a comeback. 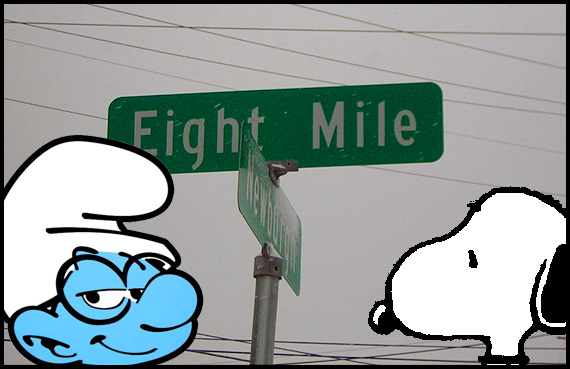 Okay, does this mean we should have a rap showdown?

Seriously — I really appreciate the well thought-out, not to mention long, comment. Thanks Dude!