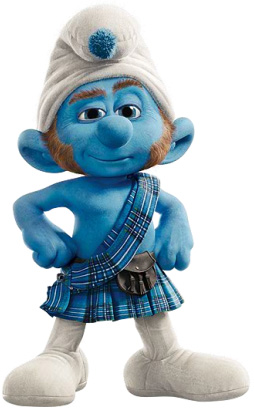 How could I not review this movie?

I didn’t go and see this movie.

You could tell it was terrible the minute they announced that they were making it a half dozen or so years ago.

And who’s the dude with the side burns and the skirt?

They jumped the shark right out of the gate.

Anyway, two blue thumbs down on this one.

Worst movie of the summer.

Possibly even the decade.

Now that that’s out of the way, I have to offer a big smurfy THANK YOU to Angie.

She’s a self proclaimed psycho stalker that’s been reading and commenting here on PIAC almost since the beginning.

She, along with her kids, stepped up to the plate (when McDonalds really should have) and went above and beyond when they immediately mailed my son Duncan two of the McDonald’s Happy Meal smurfs that we so coveted but were unable to obtain.

They were even un-opened Smurfs. Most impressive. 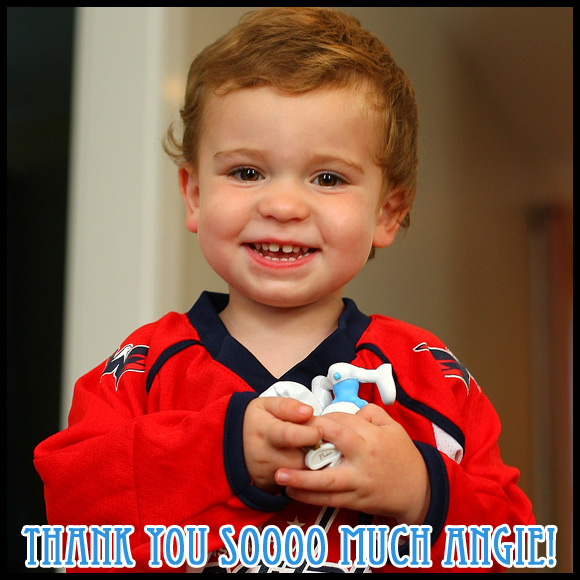 Thanks so much from all four of us — we really appreciated it. I wish I could accurately describe to you how excited Duncan was to receive his own mail…with Smurfs inside!

Does it get any better than that?

And no need to worry — Baker and Jokey are in good hands!