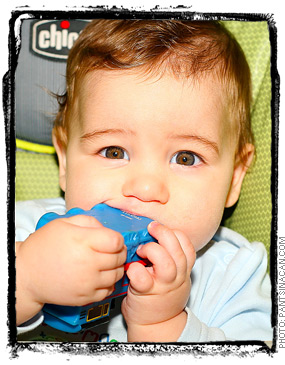 November just flew right by — I don’t even remember finding the time to spend *any* money but according to my reports (have I mentioned that I finally replaced my beloved Micrososft Money with Moneydance yet?), I certainly spent freely:

The daycare at the top is really starting to wear on me. That’s actually only half of the total bill as my wife pays the other half (as well as for 99% of the groceries and eating-out expenses.)

I mean, just over two years ago we somehow had nearly $2000 worth of extra disposable income per MONTH?! Now I’m not saying the kids aren’t worth every penny — they are, which is why I want another one — but if you haven’t had kids yet, starting thinking about doing something intelligent with your “extra” money before the kids come along.

The holiday season is upon us. I almost wanted to wait and combine the November and December spending to showcase how crazy I went with Christmas this year. Christmas was all but cancelled last year following the death of my dad (while decorating for, get this, Christmas).

While trying to remember what the “big” gift for Duncan was last year, I was coming up blank. Reason being, we didn’t get him anything last year. Sure, we had Christmas (there’s even a picture) but it was pretty low key.

Now, with Henrik in the fold (and in the picture at the top of this post), I wanted to make up for it.

Tomorrow morning is going to be smurf-tastic.

Business expenses were high in November too but it was mostly on hardware and equipment, you know, real things that’ll serve a purpose for years to come. Most importantly, I added two terrabytes to my fileserver which is something I’d been dragging my feet on for, well, forever.

School pictures are a rip-off. We even got ripped off worse as they took one picture of both of our kids like it was a 2-for-1 special or something. I’d have much prefered individual sittings, though I suppose then it would have cost me twice as much…

Vacation in November? Well, sort of. We spent a night in a hotel following our awesome Thanksgiving feast. I’m not usually a fan of big sit-down type meals (burger and fries are more my thing) but there was plenty for me to hunt-and-peck at — and then not have to drive for two hours to get home, well, totally worth the expense.

Honestly, though, seeing my two boys and they’re three cousins running wild for a few hours was worth the room rate all by itself. Can’t wait until they’re all a bit older….

And those pesky finance charges… Argh!?

Well, great news on that front too — it’s going to drop like a rock.

A year ago now, I wrote about Smart Credit Card Strategies and, once again, I’ve followed my own advice and made a wise money move.

After years of being debt free and then suddenly finding myself paying over $200/month in finance charges again (as recently as August) as the 0% offers expired, I’ve transfered the balances again to a more manageable offer where I’ll have the balances paid off in full long before the offers expire.

Just taking advantage of the tools in my wallet…