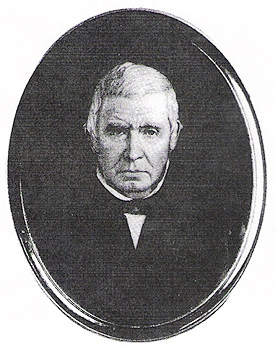 This post isn’t about Eli Manning or the Giants winning the Super Bowl. If I’d cared about that, I have written about it two weeks ago.

This is about a house that I drive by a couple of times per week.

It was once the homestead of a Eli Terry, a famous inventor and clockmaker in the late 1700’s. So famous, in fact, that he even has a Wikipedia entry.

Hey, you know you’re pretty famous when you’ve been dead for 160 years and still end up on the internet.

Anyway, the big house sat on the corner of two pretty busy roads on a large wooded hillside lot…until 2006…when the local Historical Society sold the property to a developer.

I guess the agreement was that they could develop the property on the condition that the home was “restored”.

I know a land grab when I see one and this…was defintely a land grab.

So the the house was quickly lifted from it’s foundation and up onto a device resembling the crawler tank thing that used to move the space shuttle and launch pad around. 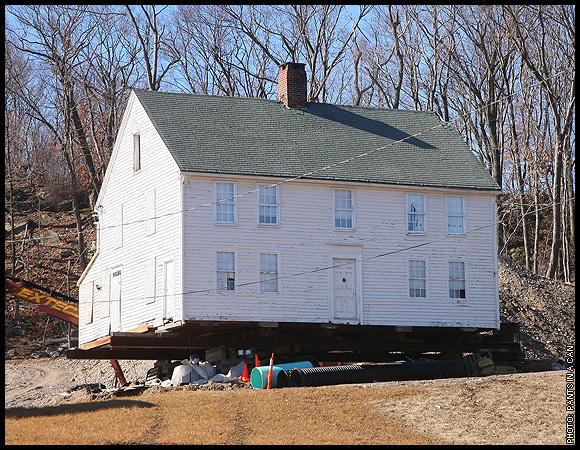 And then the blasting began.

Trees? Yeah, not any more.

In a matter of weeks, the hillside looked a lot like what I’d imagine some areas of Beirut still look like — except for the big white colonial sitting on top of a tank.

The home slowly crept farther and farther from its original foundation as the developer clear cut and leveled more and more of the lot.

Then a new foundation was poured.

This area has five of them — yes, five CVS’s.

Three Walgreens, at least two Rite Aids, and a handful of other more region-specific chains too.

Now I don’t know about you, but the hardship of trying to find a full scale 24-hour Pharmacy this day in age is akin to…well, encountering a stop sign during your travels in search of one.

Can you say saturated market?

Soon, even before the CVS could open (because there weren’t any pharmacists available to staff all of the pharmacies dotting the landscape), another foundation was poured.

Could it be… a Walgreen’s?

They built a bank.

Now, the only thing easier to find in New England besides Dunkin’ Donuts and competing Walgreen’s and CVS pharmacies on adjacent lots are banks.

As this second building went up, I’d notice each week as the the old house inched farther and farther back — like so far back that it had no where else to go…

And then this week, maybe four or five years after the “development” started, it was announced that the “historic” Eli Terry homestead would be demolished.

I saw that coming the day they lifted it off of its foundation.

Somehow it survived being lifted off of its foundation and trucked around all over the place (meandering roughly the length of three football fields or so), having rock blasting occur closer than rock blasting should occur, a snow storm from hell — not to mention 264 years — but suddenly due it its “recent move and storage on stilts, as well as abuse from vandals,” it has deteriorated so greatly that it cannot be restored.

I dunno, the minute it started moving up what was left of the hill, it was apparent to me that the developer had zero intention of saving the house.

Certainly doesn’t say much for the local Historical Society either. They could say that they were bamboozled but, c’mon… This was clear as day.

Honestly, I’m shocked that it didn’t “mysteriously” go up in flames before the developer even propped it up off of the original foundation — and I wouldn’t be shocked if that happens prior to demolition day anyway.

But what really, really ticks me off is that the developer has apparently gotten away with not living up to their end of the agreement.

But, hey, now the pain med addicts have yet another place to fulfill their bogus prescriptions…