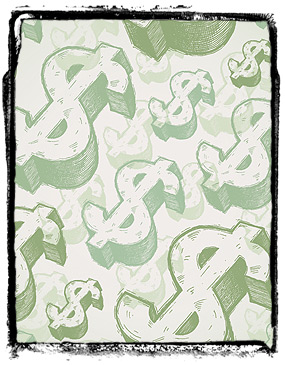 Anyway, one of the companies that I do contract work for owes me in excess of $3000. They pulled the same stunt a year ago before finally paying up but… shame on me for giving them the benefit of the doubt a second time.

Long story short, for years I moonlighted for the marketing department of a super large “entertainment” company. I did what I loved to do and got paid for it. Can’t beat that.

A few years ago, though, the big company outsourced their marketing efforts in my region to a “local” company that offered them the moon.

It was a totally understandable decision. They’d still profit from the end product but wouldn’t need to lift a finger or spend much more than a dime to market it? That’s a no-brainer.

So, this local company took me on in the same exact contract role I’d been doing for nearly a decade at, as we agreed, the same wage.

And this is where it went south…

The first year they were constantly six or more months behind on payments.

And now, just last week, the BIG company cut ties with the them for, well, complaints from vendors due to unpaid bills.

Plain and simple, the swarmy marketing company was cash poor and they’d spent millions in excess of what they had on hand…knowingly.

So, as the connection was cut, the marketing company (and all of it’s associated bogus llc’s) have (poof!) vanished.

As I said, I’m still owed in excess of $3000 and there’s no longer a “contact” to contact regardig it.

Small claims court is a possible course of action but I’m not certain it’s even worth the trouble (not to mention the fees) to try to collect money that I’m pretty confident was never there to begin with.

I’m telling myself that I’m okay with it, sort of, but my concern is that when the BIG company comes back in and asks me again to continue what I’ve been doing (and I’m confident that they well), I’ll still feel like they OWE me $3000.

“Sure, I’ll come work for you again but you need to give me $3k first.”